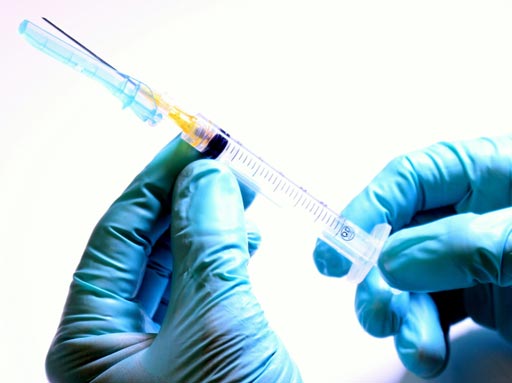 The QD Syringe Systems Quick Draw (QD) Syringe is a based on a solid polycarbonate dual-channel, draw-down tip which completely draws all medication out of a vial. An extended rubber nipple tip eliminates the dead space within the syringe, along with the proprietary GlyFlo Tip that reduces the dead space to only 18 microliters. Once medication is drawn into the QD Syringe, a custom hub with a sharp steel needle is placed over the draw tip, ensuring the sharpest needle possible when giving a patient an injection.

Because of the high dead space in current basic syringes, blood can linger on the tip and inside the hub, potentially encapsulating dangerous living pathogens for many weeks. However, the QD Syringe has a blunt tip with bilateral drying channels, which causes blood not to pool in the hub, reducing the spread of infectious diseases and protecting medical staff. In addition, the Quick Draw Syringe is made of a Bisphenol A (BPA)-free polypropylene body and a strong BPA-free acrylic tip, which increases patient safety.

“With so many changes in technology, we decided that there was a great need for not just a new disposable syringe but one that vastly improved the function, safety and efficiency of it. And with the rising costs of healthcare, there was also a need for a basic syringe that was cost-effective,” said Christopher Green, CEO and co-founder of QD Syringe Systems. “The QD Syringe simplifies the process of withdrawing medication from a rubber stopper vial and injecting it into a patient, or within seconds deliver medication into a patient’s luer access split septum.”