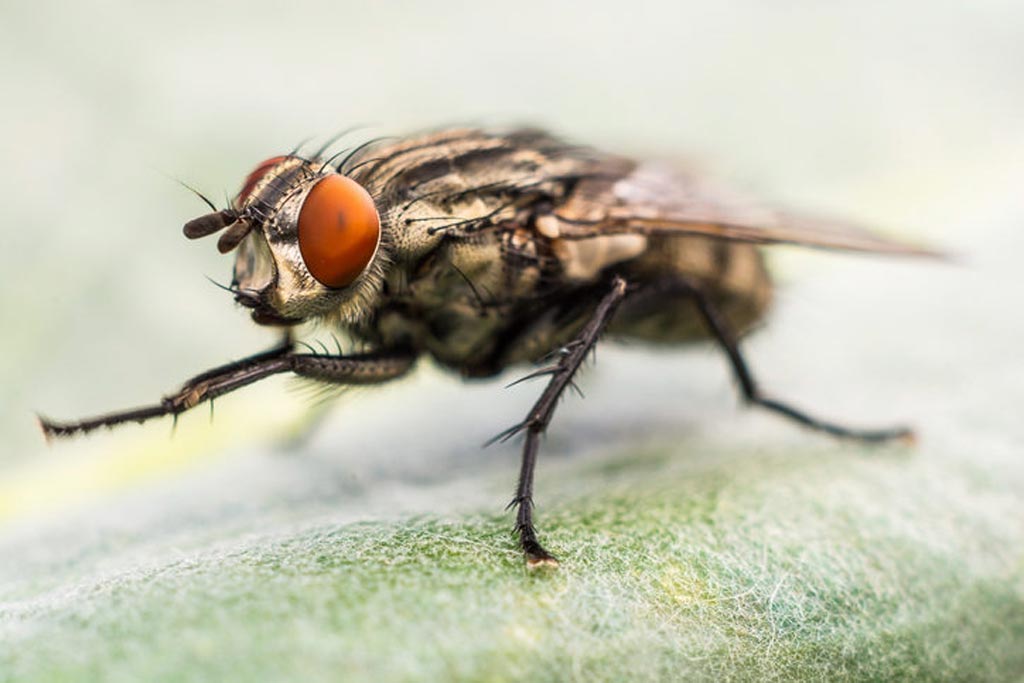 Researchers at Aston University (Birmingham, United Kingdom) collected flying insects in seven hospitals in the United Kingdom used ultraviolet-light flytraps, electronic fly killers, and sticky traps. In all, 19,937 individual insects were collected between March 2010 and August 2011, with flies (Diptera) being the most abundant (at 73.6%), followed by aphids (Hemiptera, 13.9%), ants (Hymenoptera, 4.7%), as well as wasps, bees, and moths.

The researchers characterized the associated culturome of Diptera, including the antibiotic resistance profile of the bacterial isolates; in all, 82 bacterial strains were identified, including Enterobacteriaceae (42%), Bacillus (24%), Staphylococcus (19%), Clostridium (6%), Streptococcus (5%), and Micrococcus (2%); 68 strains were characterized by antibiotic resistance profile, with 52.9% resistant to at least one class of antibiotic. Staphylococcus represented the highest proportion of resistant strains (83.3%), followed by Bacillus (60%) and Enterobacteriaceae (31.3%). The study was published on June 21, 2019, in the Journal of Medical Entomology.

“A variety of flying insects collected from UK hospitals do indeed harbor pathogenic bacteria of different species. In some cases, the level of bacteria carried by insects was enough to potentially cause infection in humans,” said lead author Federica Boiocchi, MSc. “What's quite interesting, though, is the high proportion of drug-resistant bacteria found in these samples. It's a vivid reminder of how our overuse of antibiotics in health care settings is making infections more difficult to treat.”

“The insects were collected from a number of areas of the hospitals, including those where food for patients, visitors, and staff was prepared or stored, as well as wards, neonatal units, and maternity units. The highest numbers of insects were collected in the spring and summer,” concluded senior author Professor Anthony Hilton, PhD. “What we are saying in this paper is that even in the cleanest of environments, it's important to take steps to prevent bacteria being brought into hospitals by insects.”

The Diptera species includes houseflies, bluebottles, drain flies, and mosquitoes. The link between flying insects in hospitals and hospital-acquired infections is not yet fully understood, but certain insects are known to spread bacteria attached to their legs or in their feces. And even when the number of bacteria on insects is not enough to cause an infection directly, they can still act as a reservoir of pathogenic bacteria. When a fly lands on a surface rich in nutrients for bacterial growth, even if only a few bacteria are delivered, it is a matter of hours before the cells multiply to sufficient level to be able to cause an infection.