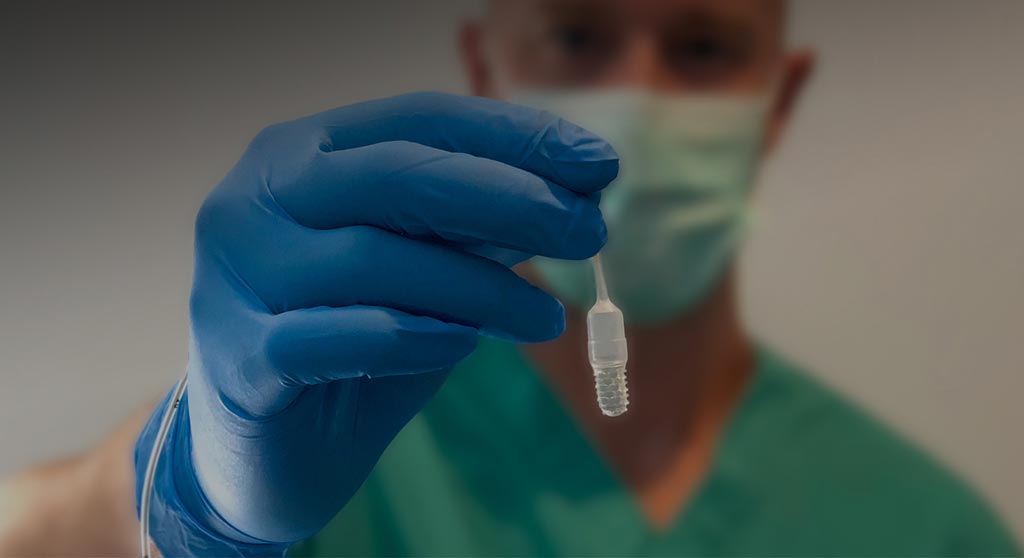 The Lucid Diagnostics (New York, NY, USA) EsoCheck Cell Collection Device is a non-invasive system designed to sample cells from targeted regions of the esophagus in a five-minute, office-based procedure, without the need for endoscopy. The patient first swallows a vitamin pill-sized capsule containing a small inflatable balloon attached to a thin catheter. The balloon is then inflated, exposing textured ridges. As the catheter is withdrawn, it swabs the target area for a sample of cells and protects it from contamination using patented Collect+Protect technology.

The sampled cells can then be subjected to any commercially available diagnostic test by extracting them from the balloon surface and running tests for aberrant DNA methylation. In a clinical trial involving 86 individuals who were tested using the swallowable EsoCheck Cell Collection Device, patients reported tolerating the balloon test well, with 82% reporting little to no anxiety, pain, or choking, 93% confirming they would repeat the procedure again, and 95% stating they would recommend the test to others.

“We believe EsoCheck presents many advantages over existing sponge-on-a-string esophageal cell collection devices. These devices have a capsule which must be digested in the stomach before it can be used to sample cells,” said Lishan Aklog, MD, executive chairman of Lucid, and Chairman and CEO of parent company PAVmed (New York, NY, USA; www.pavmed.com). “EsoCheck can begin sampling immediately upon insertion. More importantly, EsoCheck’s Collect+Protect technology allows it to perform a targeted sample of the lower esophagus, while spherical sponge-on-a-string devices sample cells from the entire esophagus, throat, and mouth, which dilutes and contaminates the lower esophageal cells.”

“I have spent my career seeking to improve the care of patients with gastroesophageal reflux disease and Barrett’s Esophagus and to prevent deaths from esophageal cancer. I have actively participated in the development of key advances in this field and am particularly excited that EsoCheck is now available in our armamentarium,” said Professor Nicholas Shaheen MD, MPH, chief of gastroenterology and hepatology at the University of North Carolina (UNC, Chapel Hill, USA). “EsoCheck’s unique ability to sample cells from a targeted area of the esophagus has the potential to save lives through the early detection of esophageal abnormalities.”