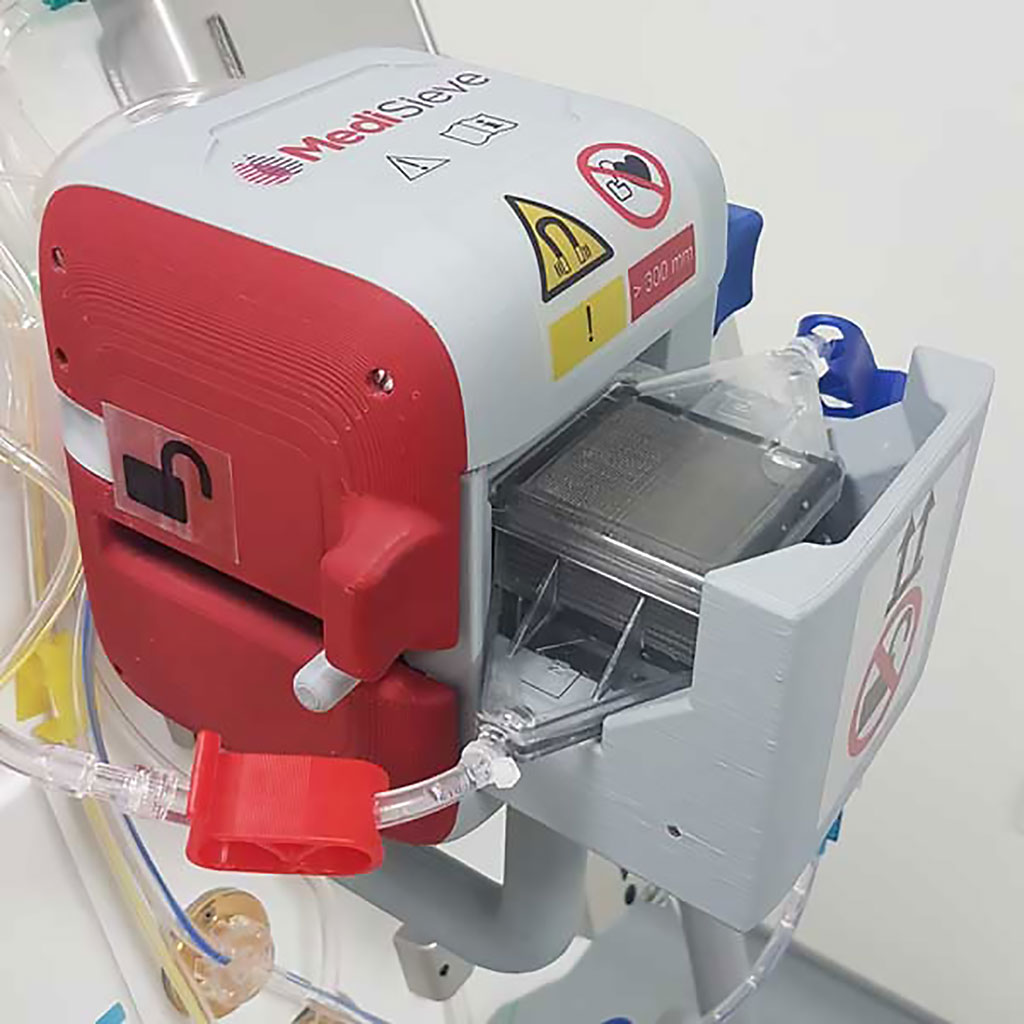 The MediSieve (London, United Kingdom) filtering technology works in a similar way to dialysis. Blood is taken from a patient and infused with the MediSieve magnetic particles, which attach to specific targets so that they can be subsequently captured by a magnetic filter and removed from the blood before it is pumped back into the body. Particle size, magnetic properties, and number of binding agents coating the nanoparticles are all engineered to ensure maximal capture and removal by the filter. The whole process takes around two to four hours.

“In theory, you can go after almost anything. Poisons, pathogens, viruses, bacteria, anything that we can specifically bind to, we can remove. So, it’s a very powerful potential tool,” said George Frodsham, CEO and founder of MediSieve. “When someone has a tumor, you cut it out. Blood cancer is a tumor in the blood, so why not just take it out in the same way? Now we know it’s possible; it’s just a question of figuring out some of the details.”

Blood can be repeatedly passed through the system until the target is at such a low concentration that the immune system or a short course of medication can remove it. The first disease due to be tested for device efficacy is malaria; interestingly, in this case, the first step is not necessary, as malaria targets iron-rich blood cells and consumes hemoglobin, turning it magnetic. Further trials will be conducted to see whether the nanoparticles can remove sepsis-causing bacteria and tone down the deadly immune response.

“Malaria treatment is our flagship product because the infected cells have naturally occurring magnetic properties. The malaria parasite invades the red blood cell and consumes the hemoglobin, and therefore it leaves an iron-based waste product, which it then takes inside itself. So effectively malaria parasites poop is magnetic, and then it eats its poop,” explained Mr. Frodsham. “We really feel we can have a material human impact to help those suffering the most from the disease, particularly children and pregnant women.”