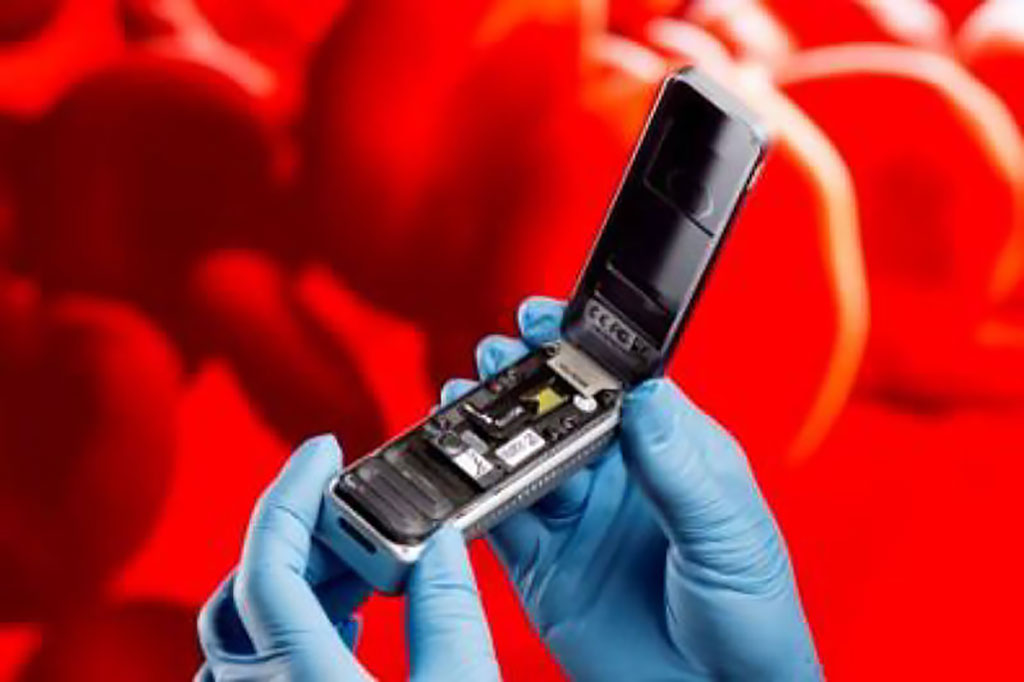 Researchers at the Fraunhofer Institute for Interfacial Engineering and Biotechnology (IGB; Stuttgart, Germany), Heidelberg University Hospital (Germany), and other institutions developed a diagnostic workflow that uses a handheld nanopore sequencer, the MinION, for real-time high-throughput sequencing of cell-free DNA from plasma, via nanopore sequencing of short fragments with low input amounts. The technique was used to analyze eight samples from four septic patients and three healthy controls, and subsequently validated against standard next-generation sequencing results.

The results revealed that with tailored bioinformatics workflows, all eight septic patient samples were found to be positive for relevant pathogens. When considering the time to diagnosis, the pathogens were identified within minutes; an extrapolation of real-time sequencing performance on a cohort of 239 septic patient samples revealed that with the MinION workflow, more than 90% of pathogen hits would have also been detected. The study was published in the March 2020 issue of The Journal of Molecular Diagnostics.

“With up to 50 million incident sepsis cases and 11 million sepsis-related deaths per year, sepsis represents a major cause of health loss,” said co-lead-investigator Thorsten Brenner, MD, of Heidelberg University Hospital. “Reliable and early identification of the pathogen enables rapid and the most appropriate antibiotic intervention, thereby increasing the chance of better outcomes and patient survival. Currently, standard-of-care diagnostics still rely on microbiological culturing of the respective pathogens, which in most cases do not provide timely positive results.”

The MinION, made by Oxford Nanopore Technologies (United Kingdom) is a pocket-sized device for real-time DNA and RNA sequencing, using up to 512 nanopore channels. Each consumable flow cell generates as much as 30 Gb of DNA sequence data or 7-12 million RNA reads. The MinION streams data into a PC or laptop using a high-speed USB 3.0 cable, or used alongside the MinIT device for real-time, powerful analyses.