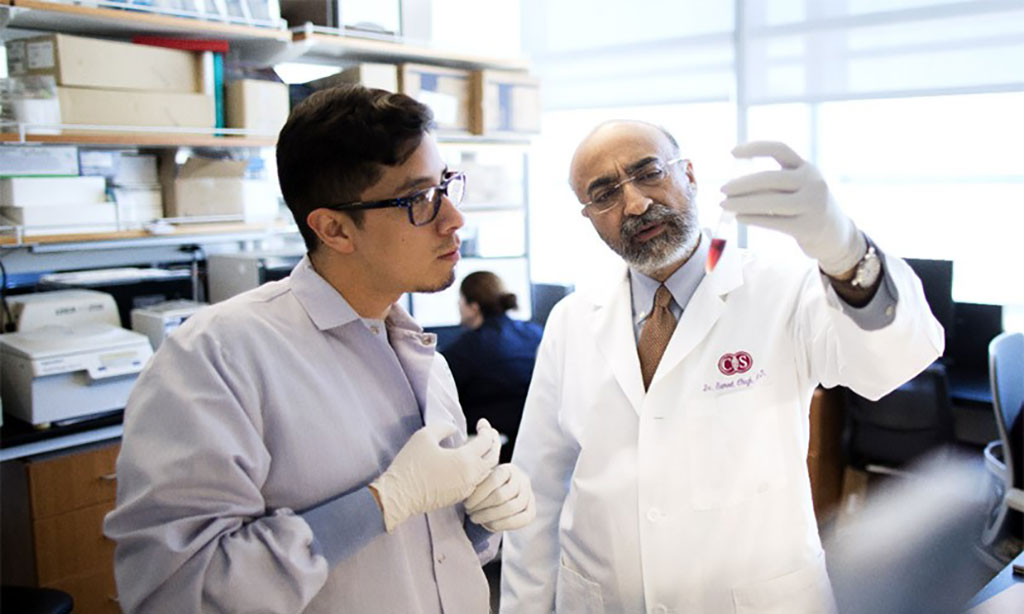 Image: A new study has the potential to enhance prevention of sudden cardiac arrest (Photo courtesy of Cedars-Sinai)

Out-of-hospital sudden cardiac arrest claims at least 300,000 U.S. lives annually. For those affected, 90% will die within 10 minutes of cardiac arrest. For this largely fatal condition, prevention would have a profound impact. The biggest challenge, however, lies in distinguishing between those who stand to benefit the most from an implantable cardioverter defibrillator - and those who would not benefit from the electric jolt. Now, a clinical algorithm, for the first time, distinguishes between treatable sudden cardiac arrest and untreatable forms of the condition.

The findings by researchers in the Smidt Heart Institute at Cedars-Sinai (Los Angeles, CA, USA) have the potential to enhance prevention of sudden cardiac arrest -unexpected loss of heart function - based on key risk factors identified in this study. The new research provides a clinical risk assessment algorithm that can better identify patients at highest risk of treatable sudden cardiac arrest - and thus, a better understanding of those patients who would benefit from a defibrillator.

“This first-of-its-kind algorithm has the potential to improve the way we currently predict sudden cardiac arrest,” said Eduardo Marbán, MD, PhD, executive director of the Smidt Heart Institute and the Mark S. Siegel Family Foundation Distinguished Professor. “If validated in clinical trials, we will be able to better identify high-risk patients and therefore, save lives.”