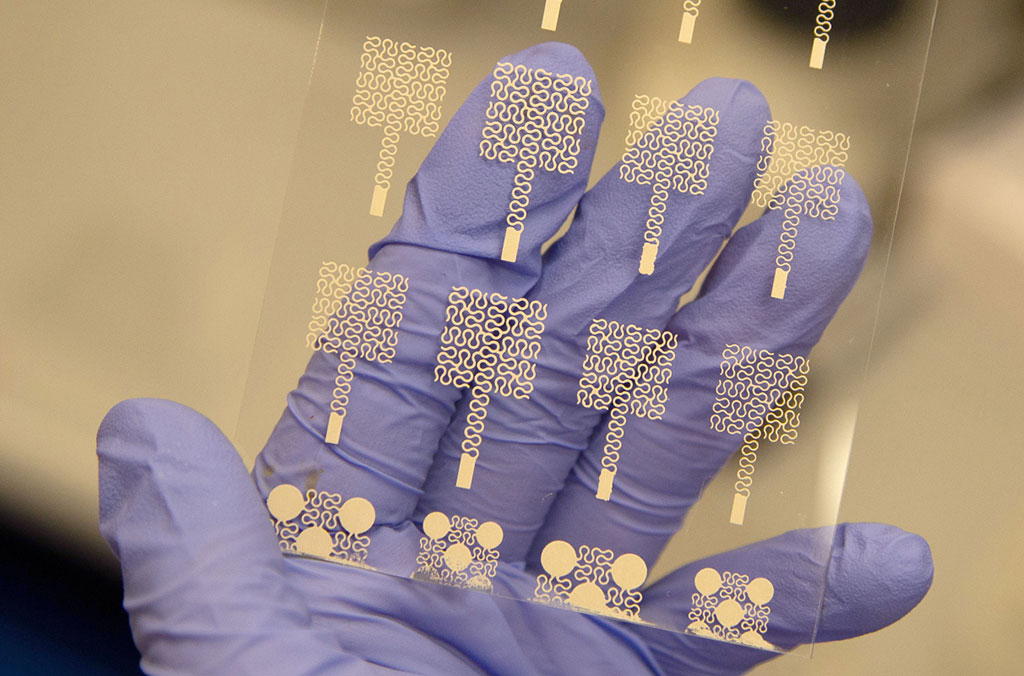 In a study led by Washington State University (Pullman, WA, USA), researchers demonstrated that it is possible to make electrodes using just screen printing by creating a stretchable, durable circuit pattern which can be transferred to fabric and worn directly on the human skin. These wearable electronics can be used for monitoring the health of patients admitted in hospitals or being treated at home. Currently, commercial manufacturing of wearable electronics involves expensive processes that require clean rooms. Screen printing is used by some for parts of the process, although the new method relies completely on screen printing, making it advantageous for manufacturers and consumers.

Multiple electrodes are printed onto a pre-treated glass slide, allowing them to be easily peeled off and transferred onto fabric or other material. After printing the electrodes, they were transferred onto an adhesive fabric which was worn directly on the skin by the subjects. The researchers found that the wireless electrodes accurately recorded heart and respiratory rates, and transmitted the data to a mobile phone. The main focus of the study was on ECG monitoring, although the screen-printing process can be utilized to make electrodes for different applications, including those with functions similar to those of smart watches or fitness trackers, according to the researchers. The team is currently working on expanding the technology for printing different electrodes as well as entire electronic chips and even potentially, whole circuit boards.

“We wanted to make flexible, wearable electronics in a way that is much easier, more convenient and lower cost,” said corresponding author Jong-Hoon Kim, associate professor at the WSU Vancouver’s School of Engineering and Computer Science. “That’s why we focused on screen printing: it’s easy to use. It has a simple setup, and it is suitable for mass production.”