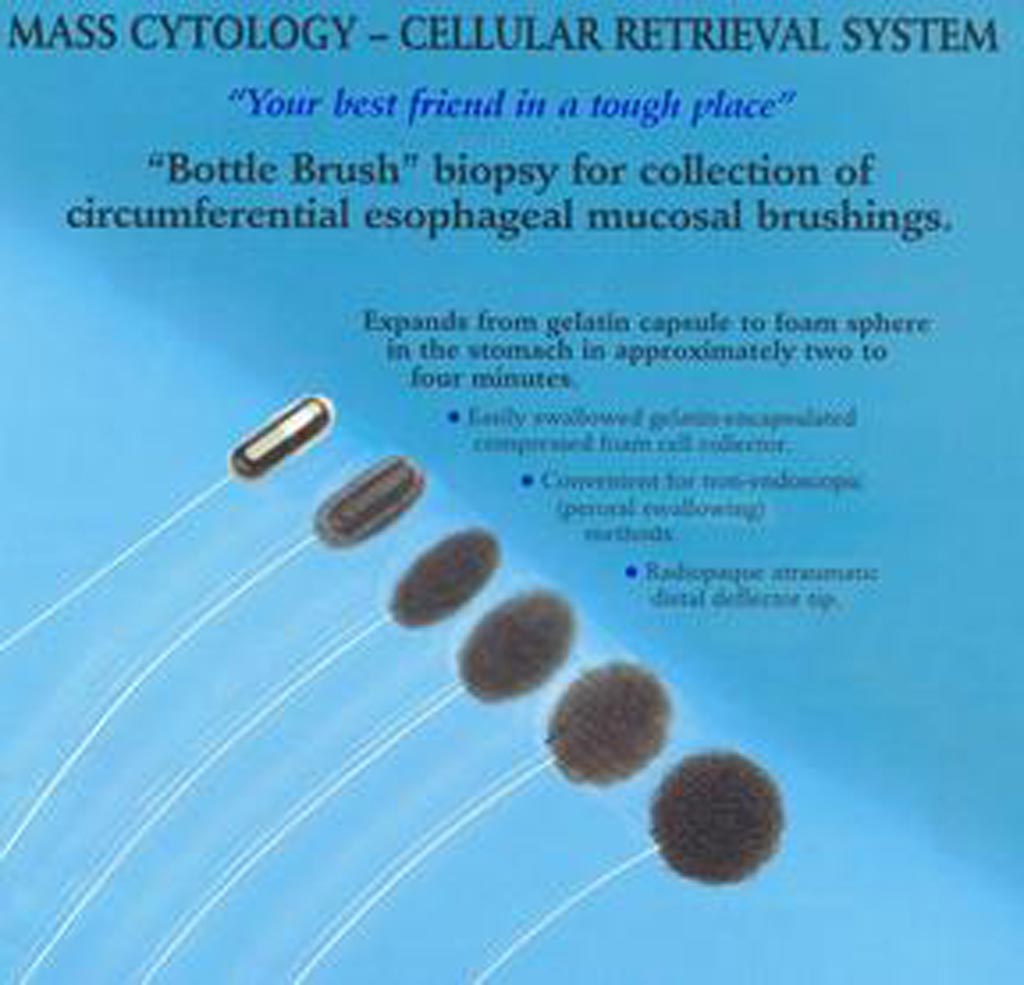 The CapNostics (Doylestown, PA, USA) EsophaCap is a swallowable device made of medical grade foam compressed into an ingestible capsule that is designed for deployment within 10 minutes. Once swallowed, the gelatin coating on the capsule dissolves in under three minutes, causing the polyurethane sponge, which is attached to a string, to expand into a sphere two centimeters in diameter. The string is then gently pulled back through the mouth; as the sponge makes its way up, it collects genetic material along the length and breadth of the esophagus.

When the sponge reaches the top of the esophagus it is withdrawn, laden with DNA material that is subsequently extracted using a technique known as methylation on beads (MOB). The beads bind to the DNA, which can be easily collected and subsequently analyzed by a biomarker panel so as to identify the four methylation biomarkers that appear to best predict which patients with BE might progress to neoplasia. In a study published on January 22, 2019, in Clinical Cancer Research, EsophaCap showed a diagnostic accuracy of 86.7%, a sensitivity of 78.6%, and a specificity of 92.8% for BE detection.

“Early detection is the whole ballgame when it comes to esophageal cancer. This novel sponge device can be administered by anyone with minimal training, ideally in any physician's office, where the procedure could be routinely performed,” said senior study author Professor Stephen Meltzer, MD, of Johns Hopkins University (JHU, Baltimore, MD, USA). “This is cheaper, easier and safer than endoscopy. Nor does the EsophaCap have to be protected against contamination from DNA material as the device passes through normal esophageal tissue in smokers.”