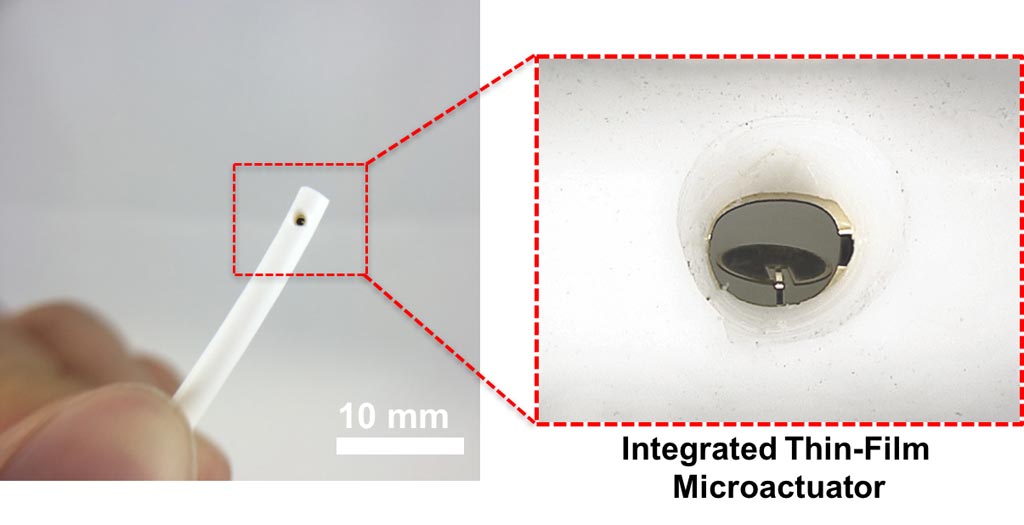 Developed by researchers at Purdue University (Lafayette, IN, USA), the technology involves microscale devices with tiny magnetic elements that are located on a thin film that can be assembled into existing catheters. The micromechanical devices are subsequently activated by external magnetic forces in order to remove various biomaterials that foul the catheter. By using a time-varying magnetic field, changing its magnitude, or turning it on and off, dynamic movement and mechanical vibration are created at the pore to remove the obstructive biomaterials.

The magnetic approach generates a large amount of force, and can be done without an integrated circuit or power source, making it much simpler to implement and reducing the burden of hermetic packaging for the implantation process. Mechanical evaluations, including post-release deflection and static and dynamic responses of the device have thus far been tested in chronic shunt systems used for the treatment of hydrocephalus, which requires constant diversion of excess cerebrospinal fluid (CSF) from the brain.

“When a catheter is implanted, the body’s natural reaction is to protect itself against the foreign material by forming a sheath around it. Biofouling materials including bacteria, blood, and inflammatory cells, and other tissue quickly cover the device, often blocking the catheter’s inlet pores, leading to premature device failure,” said biomedical engineer Hyowon Lee, PhD, who developed the technology. “Approximately 40% of shunt systems fail within one year of implantation, and 85% fail within 10 years, mostly due to catheter obstruction.”

Hydrocephalus can cause an enlarged head in children and cause many other life-altering physical, behavioral, and cognitive symptoms in children and adults alike. Over one million people in the United States alone suffer from hydrocephalus, and one to two newborns develop the disorder every 1,000 births. Patients can also acquire hydrocephalus later on in life due to a traumatic brain injury (TBI) or hemorrhagic stroke. The shunt systems used to reduce CSF have a high fail rate due to biofouling, and replacing the failed catheter usually requires neurosurgery, with increased risk of infection and a huge economic, physical, and emotional burden for patients and their caretakers.