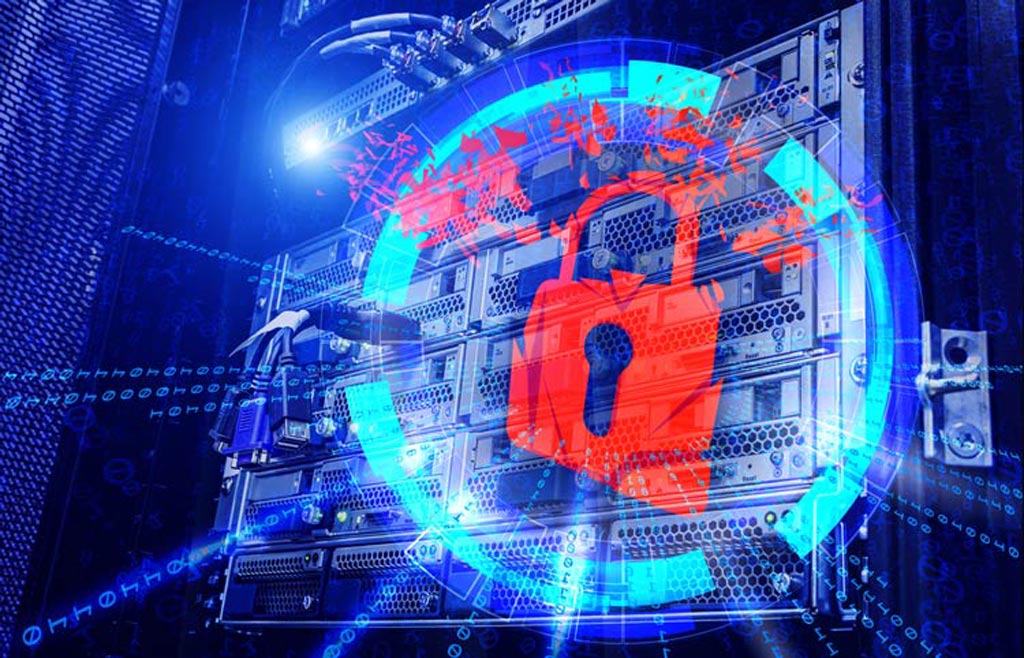 Image: With cyberattacks a major challenge for companies, stronger AI solutions can help to prevent them (Photo courtesy of e3zine).
The proliferation of healthcare internet-of-things (IoT) devices, along with unpartitioned networks, insufficient access controls and the reliance on legacy systems has exposed a vulnerable attack surface that can be exploited by cybercriminals determined to steal personally identifiable information (PII) and protected health information (PHI), in addition to disrupting healthcare delivery processes. These findings published by Vectra AI Inc. (San Jose, CA, USA) in its Vectra 2019 Spotlight Report on Healthcare underscore the importance of utilizing machine learning and artificial intelligence (AI) for detecting hidden threat behaviors in enterprise IT networks before cybercriminals have a chance to spy, spread and steal.

The report by Vectra AI, which applies AI to detect and respond to cyberattacks in real time, is based on observations and data from the 2019 RSA Conference Edition of the Attacker Behavior Industry Report that reveals behaviors and trends in networks from a sample of 354 opt-in enterprise organizations in healthcare and eight other industries. According to the report, gaps in policies and procedures can result in errors by healthcare staff members such as improper handling and storage of patient files, which is a soft spot for cybercriminals targeting global organizations and industries and looking for weaknesses to exploit.

The report found that hidden HTTPS tunnels were the most prevalent method used by attackers to hide command-and-control communications in healthcare networks. This traffic represents external communication involving multiple sessions over long periods of time that appear to be normal encrypted web traffic. Attackers mostly used hidden domain name system (DNS) tunnels to hide data exfiltration behaviors in healthcare networks. Behaviors consistent with exfiltration can also be caused by IT and security tools that use DNS communication.

There has also been a spike in behaviors consistent with attackers performing internal reconnaissance in the form of internal darknet scans and Microsoft Server Message Block (SMB) account scans. Internal darknet scans occur when internal host devices search for internal IP addresses that do not exist on the network. SMB account scans occur when a host device rapidly makes use of multiple accounts via the SMB protocol that is typically used for file sharing.

Several healthcare organizations have witnessed ransomware attacks in recent years, although the report found that ransomware threats were not as prevalent in the second half of 2018. Nevertheless, it still remains important to catch ransomware attacks early before files are encrypted and clinical operations are disrupted.