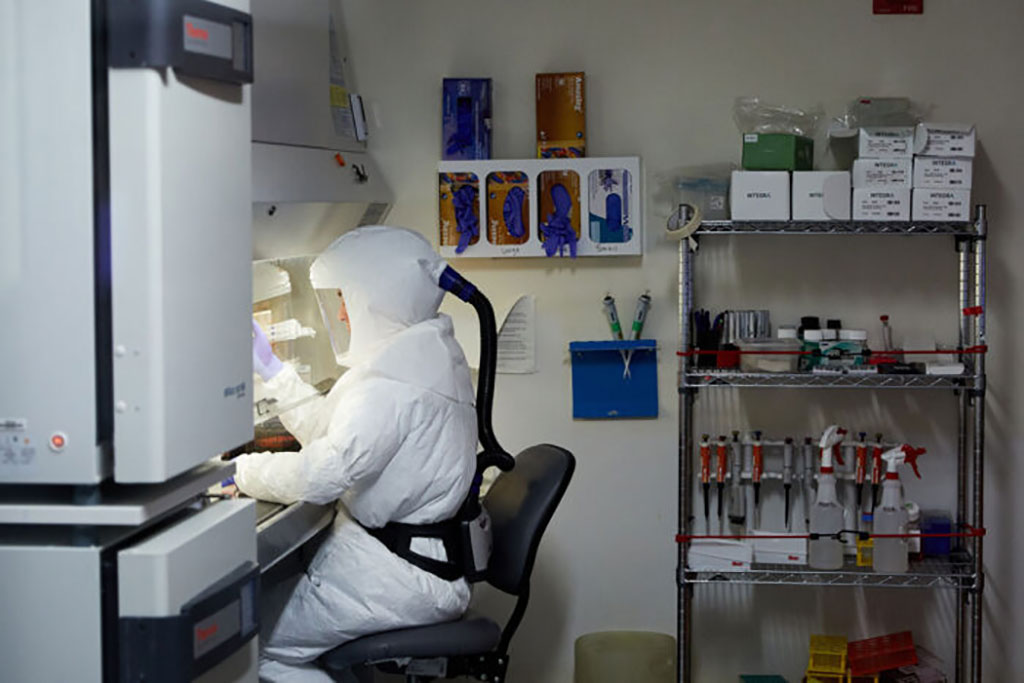 In the study co-led by the Washington University School of Medicine in St. Louis (St. Louis, MO, USA), the researchers also found that the antibody attaches to a part of the virus that differs little across the variants, meaning that it is unlikely for resistance to arise at this spot. The findings could be a step toward developing new antibody-based therapies that are less likely to lose their potency as the virus mutates.

The virus that causes COVID-19 today is not the same as the one that first sickened people way back in December 2019. Many of the variants circulating now are partially resistant to some of the antibody-based therapeutics that were developed based on the original virus. As the pandemic continues, more variants inevitably will arise, and the problem of resistance will only grow. SARS-CoV-2, the virus that causes COVID-19, uses a protein called spike to attach to and invade cells in the body’s respiratory tract. Antibodies that prevent spike from attaching to cells neutralize the virus and prevent disease. Many variants have acquired mutations in their spike genes that allow them to evade some antibodies generated against the original strain, undermining the effectiveness of antibody-based therapeutics.

To find neutralizing antibodies that work against a wide range of variants, the researchers began by immunizing mice with a key part of the spike protein known as the receptor-binding domain. Then, they extracted antibody-producing cells and obtained 43 antibodies from them that recognize the receptor-binding domain. The researchers screened the 43 antibodies by measuring how well they prevented the original variant of SARS-CoV-2 from infecting cells in a dish. Nine of the most potent neutralizing antibodies were then tested in mice to see whether they could protect animals infected with the original SARS-CoV-2 from disease. Multiple antibodies passed both tests, with varying degrees of potency.

The researchers selected the two antibodies that were most effective at protecting mice from disease and tested them against a panel of viral variants. The panel comprised viruses with spike proteins representing all four variants of concern (alpha, beta, gamma and delta), two variants of interest (kappa and iota), and several unnamed variants that are being monitored as potential threats. One antibody, SARS2-38, easily neutralized all the variants. Moreover, a humanized version of SARS2-38 protected mice against disease caused by two variants: kappa and a virus containing the spike protein from the beta variant. The beta variant is notoriously resistant to antibodies, so its inability to resist SARS2-38 is particularly remarkable, the researchers noted. Further experiments pinpointed the precise spot on the spike protein recognized by the antibody, and identified two mutations at that spot that could, in principle, prevent the antibody from working. These mutations are vanishingly rare in the real world, however. The researchers searched a database of nearly 800,000 SARS-CoV-2 sequences and found escape mutations in only 0.04% of them.

“This antibody is both highly neutralizing (meaning it works very well at low concentrations) and broadly neutralizing (meaning it works against all variants),” said senior author Michael S. Diamond, MD, PhD, the Herbert S. Gasser Professor of Medicine, and professor of molecular microbiology and of pathology & immunology. “That’s an unusual and very desirable combination for an antibody. Also, it binds to a unique spot on the spike protein that isn’t targeted by other antibodies under development. That’s great for combination therapy. We could start thinking about combining this antibody with another one that binds somewhere else to create a combination therapy that would be very difficult for the virus to resist.”