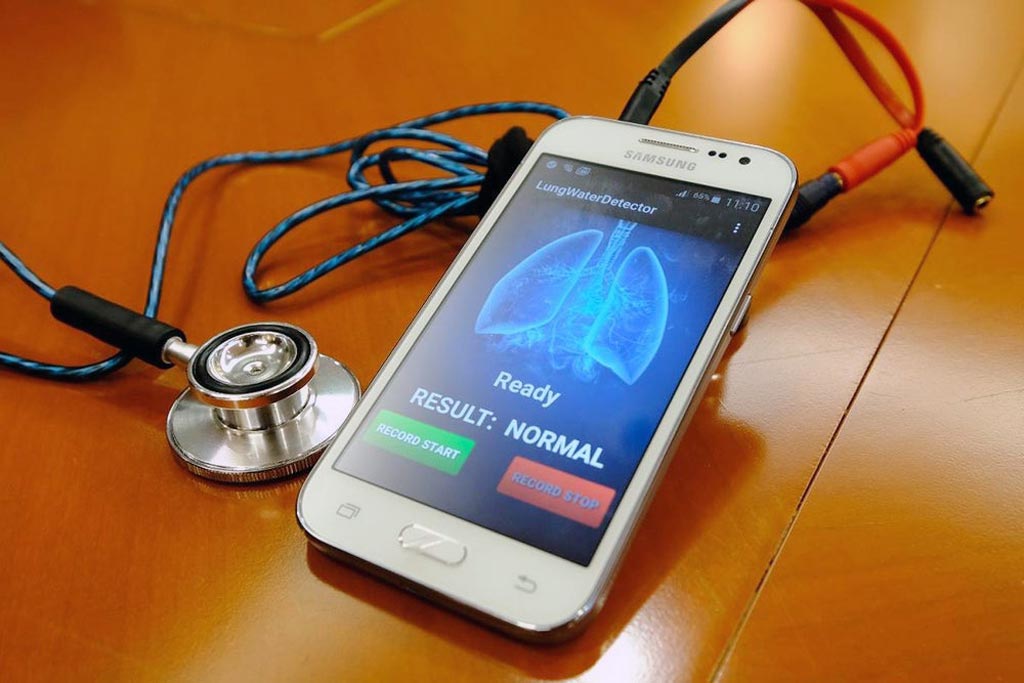 Developed by researchers at Nanyang Technological University (NTU; Singapore) and Tan Tock Seng Hospital (TTSH; Singapore), the prototype handheld medical device, which resembles a stethoscope, can identify excess fluid in the lungs in just 10 seconds by detecting audible crackles. Depending on the intensity, a crackle may sound like salt added to a hot pan, or like Velcro being torn apart. A smartphone app sends the sounds to a proprietary algorithm stored in the cloud, which than identifies if the patient has fluid accumulation in the lungs.

In a pilot study of the device that examined lung sounds recorded from CHF patients tested at TTSH, the researchers found that the device exhibited 92% accuracy in identifying CHF, comparable to the existing gold standard diagnosis methods, X-rays and computerized tomography (CT) scans. Following the two initial rounds of tests with audio samples collected from 86 patients, the researchers are now running a third round of tests on the device in order to further validate its sensitivity and specificity.

“Our smart medical device can be used by anyone, anywhere and any number of times, which will enable the possibility of early intervention of congestive heart failure,” said project leader Ser Wee, PhD, of the NTU. “The next wave of MedTech start-ups will see the massive proliferation of smart medical devices that rely on artificial intelligence and sensing technologies, such as the one we invented, and that will enable personalized self-assessment and screening of cardiopulmonary and other diseases.”

In CHF, a diseased heart ventricle (usually the left one) cannot pump out enough of the blood it receives from the lungs. This causes pressure to build up in the heart, backing up into the veins and capillaries of the lungs. The pressure build-up pushes fluid through the capillary walls and into the pulmonary air sacs. Currently, patients can only check for fluid accumulation by clinical auscultation, which is noticeably subjective, or through imaging modalities and serum biomarker tests, which are costly and take a longer time.