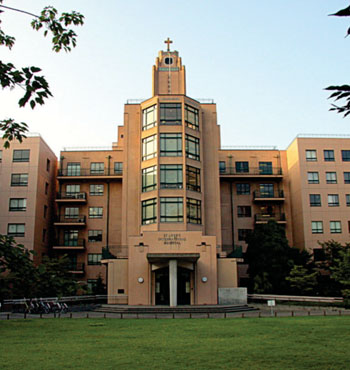 The new 2015 Japan Revitalization Strategy is intended to open up the heavily regulated healthcare sector to foreign tourists at hospitals and clinics throughout Japan as a driver of national economic growth. Japan has services that are unique and marketable to overseas patients, such as ningen dokku (comprehensive medical checkup) and diabetes counseling given by doctors and nutritionists. Another potential field is regenerative medicine, including the use of induced pluripotent stem (iPS) cells, an emerging science that is currently in clinical trials.

One of the few hospitals that currently accept patients from abroad is St. Luke’s International Hospital (Tokyo, Japan), which has an international department that handled 21,000 visits by non-Japanese patients in 2014, including long time, foreign residents of Japan. To boost inbound medical demand, the Japanese government plans to create a list of accredited hospitals that are willing to accept medical tourists from abroad, and will also accredit agents that match foreign patients with domestic hospitals and offer a range of liaison services, such as making arrangements for patients and providing medical translations for them.

Over 300 hospitals have already expressed interest in being accredited as a Japan International Hospital, since patients can be charged much higher fees than domestic patients covered by public health insurance. But the strategy is being contested by the Japan Hospital Association (Tokyo, Japan) and the Japan Medical Association (Tokyo, Japan), who are comprised mostly of doctors in private practice, and whose members have long been opposed to expansion of medical tourism, on grounds it could erode universal health care.

Another problem is that compared to medical tourism destinations such as Singapore, South Korea, Thailand, and India, Japanese hospitals lack price competitiveness due to high personnel costs, have too few staff capable of dealing with patients in foreign languages, and lack the organization to deal with the often-rigorous demands of high-maintenance medical tourists. One of the methods suggested to overcome this problem is to help Japanese medical institutions branch out overseas, with potential targets including Russia, Cambodia, India, and China, and other emerging economies.

Kitahara International Hospital (Tokyo, Japan), for example, is already building an emergency care unit in Phnom Penh (Vietnam) and plans to begin operations there in February 2016. The reasoning is that while more and more of Japan’s aging population need long term management of chronic conditions, many hospitals still focus on emergency care; but if they cut back on acute-stage care, Japan will lose opportunities to maintain its medical standards. The country therefore needs to export its health care overseas to make up for falling domestic demand.

“Doctors and hospitals should change their mindsets and look overseas for business. The current health insurance scheme is not sustainable, as 40% of its annual JPY 39 trillion in costs are financed through taxes,” said Koji Fujimoto, a counselor for the Cabinet Secretariat’s Office of Health Care Policy. “Universal health care, introduced in 1961, is out of touch with the medical needs of today. We need to look outside Japan to protect health care at home.”