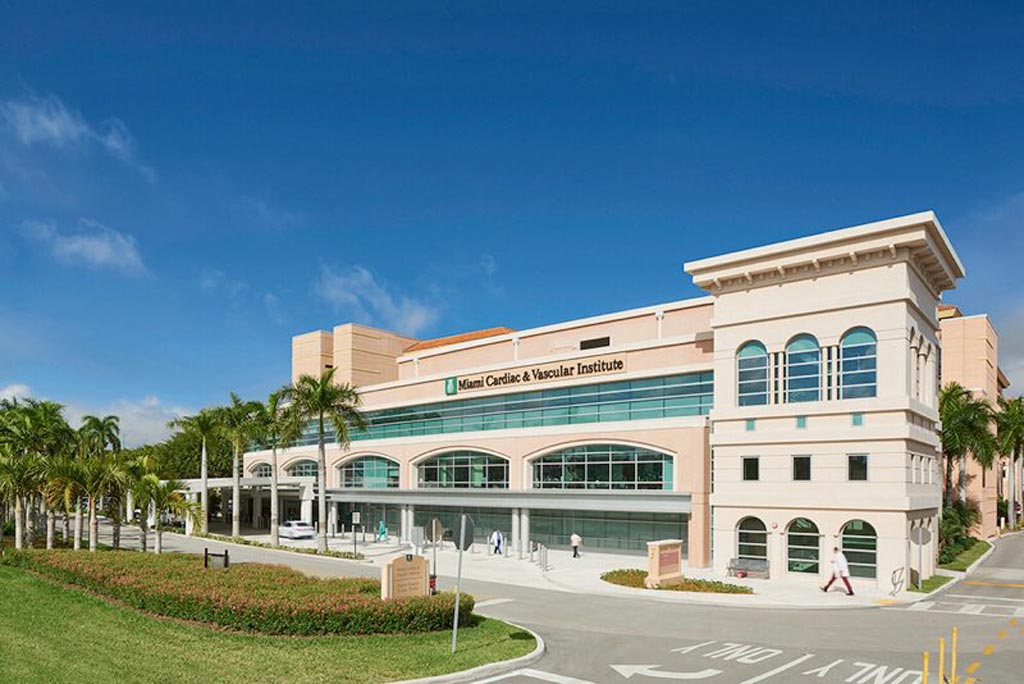 The USD 120 million expansion adds 5,500 m2 of new space, including 3,700 m2 of renovations, nearly doubling the size of the Institute to a total of 14,000 m2. It includes four advanced endovascular suites with enlarged gallery viewing areas for enhanced educational opportunities; two of the endovascular suites have glass walls and a video system that allow viewers to sit in a theater-style chair outside of the suite and control what they are watching using an iPad, providing a unique interface that allows each user to pick and choose which parts of the procedure they want to watch.

“This expansion allows us to be at the forefront of medical innovation and provides the most current treatment options for our patients, while at the same time, prepares us to be in the position to care for health problems we haven’t even encountered yet,” said Barry T. Katzen, MD, Chief Medical Executive and founder of the Miami Cardiac & Vascular Institute. “We are now able to conduct more research, offer new services, and make discoveries that could transform how cardiovascular care is delivered.”

“We are proud to open the doors of the new Miami Cardiac & Vascular Institute to our community,” said Brian Keeley, president and CEO of Baptist Health South Florida. “This expansion now provides even greater promise to our patients, with new state-of-the-art interventional procedure suites; an expansive, high-tech gallery for observation, diagnostics and greater teaching opportunities; and research space for more than 120 clinical trials.”