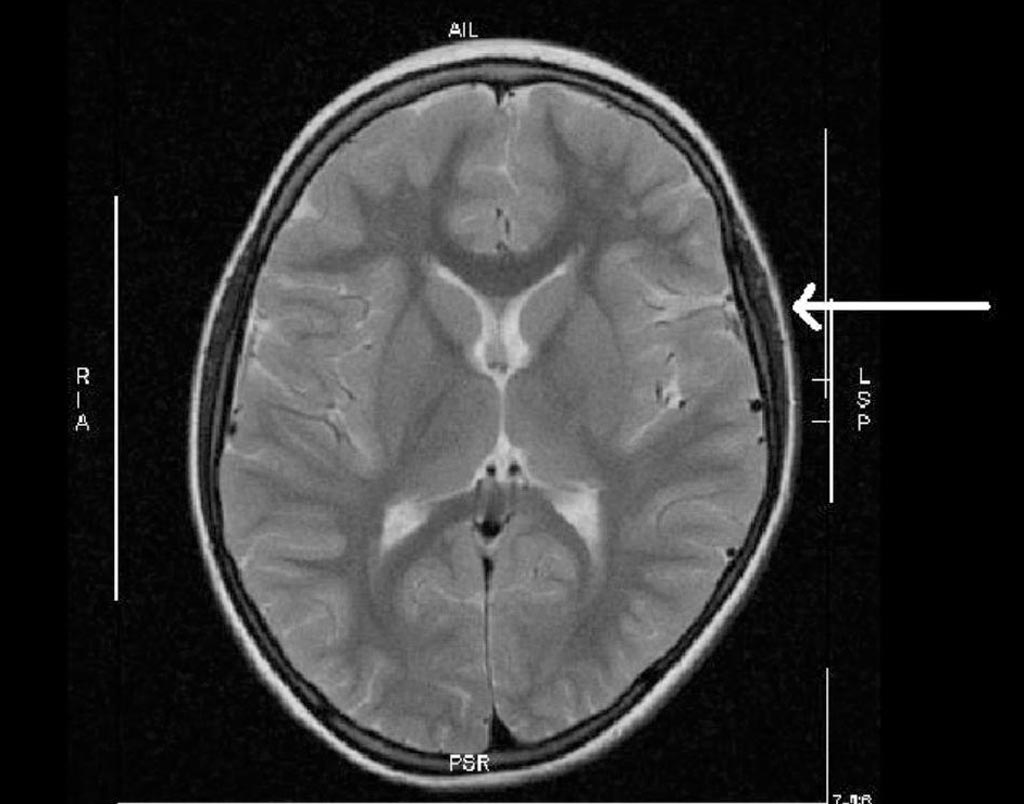 The results revealed that of the 61 term-born neonates identified with WMD, head circumference was a prime and unique index over the whole range of centiles, suggesting different mechanisms for WMD in the lowest and highest z-score band. While in the highest z-score band, cephalic pressure gradients and prolonged labor with preserved neonatal vitality prevailed, in the lowest band, acute and chronic oxygen deprivation with reduced vitality predominated. The study was published on February 28, 2018, in Obstetrics and Gynecology.

“The fact that seemingly healthy term-born neonates are not screened by head imaging, in spite of both large head circumference and prolonged labor, is considered to be the missing link between the insult that escapes diagnosis and the development of unexplained developmental delay and cerebral palsy in childhood,” said lead author Professor Arne Jensen, MD, of Ruhr-University. “Our findings may elucidate the phenomenon of unexplained cases of developmental delay and CP in the pediatric population on the basis of mechanical constraints and pressure gradients squeezing the skull and brain during parturition when a cephalopelvic disproportion is present.”

Cephalopelvic disproportion exists when the capacity of the pelvis is inadequate to allow the fetus to negotiate the birth canal. This may be due to a small pelvis, a nongynecoid pelvic formation, a large fetus, an unfavorable orientation of the fetus, or a combination of factors. From an evolutionary point of view, upright gait, a growing brain volume, and general growth acceleration will aggravate the problem and will lead to increased caesarean section rates in the highest z-score bands of head circumference in the future to prevent WMD.