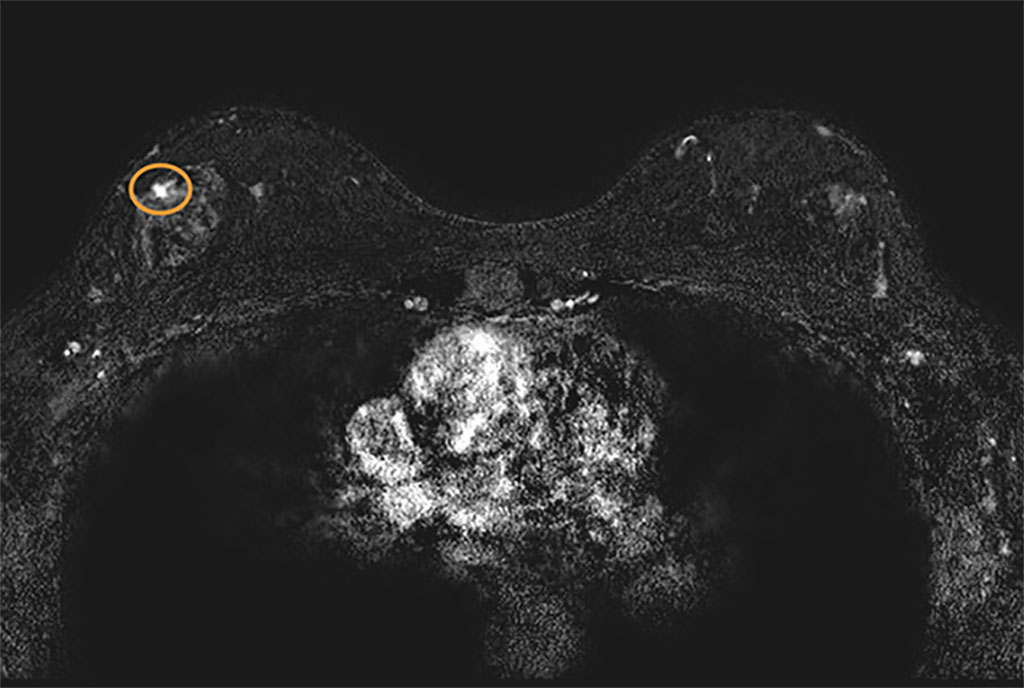 Annual MRI screenings starting at ages 30 to 35 may reduce breast-cancer mortality by more than 50% among women who carry certain genetic changes in three genes, according to a new comparative modeling analysis.

The predictions by researchers at the University of Washington School of Medicine (Seattle, WA, USA) involve pathogenic variants in ATM, CHEK2 and PALB2 genes – which collectively are as prevalent as the much-reported BRCA1/2 gene mutations. The researchers contend that their findings support MRI screening in some women earlier than existing guidelines propose. To realize a benefit of cancer screening guidelines based on genetic susceptibility, a woman would need to know she carries an implicated gene variant before receiving a disease diagnosis. More often it’s the case that a genetic test panel is administered after someone tests positive for cancer – too late to be of preventive value for the patient but potentially life-saving for blood relatives who could seek genetic testing.

Using established breast-cancer simulation models, the researchers input age-specific risk estimates involving more than 32,000 breast-cancer patients and a similar number of patients who had no cancer. The simulations compared the combined performance of mammography and MRI against mammography alone, and projected that annual MRI conferred significant additional benefit to these populations. The simulations in this study also predicted the volume of false-positive screening results and benign biopsies, per 1,000 women scanned, that would accompany the researchers’ recommendations for annual MRIs starting earlier. Those projections translate to about four false-positive screening results and one to two benign biopsies per woman over a 40-year screening span, according to the researchers. The team hopes their analysis will aid all organizations that issue guidance for medical oncologists and radiologists.

“Screening guidelines have been difficult to develop for these women because there haven’t been clinical trials to inform when to start and how to screen,” said Dr. Kathryn Lowry, an assistant professor of radiology at the University of Washington School of Medicine. “For women with pathogenic variants in these genes, our modeling analysis predicted a lifetime risk of developing breast cancer at 21% to 40%, depending on the variant. We project that starting annual MRI screening at age 30 to 35, with annual mammography starting at age 40, will reduce cancer mortality for these populations of women by more than 50%.”

“We also found that starting mammograms earlier than age 40 did not have a meaningful benefit but increased false-positive screens,” Lowry added.