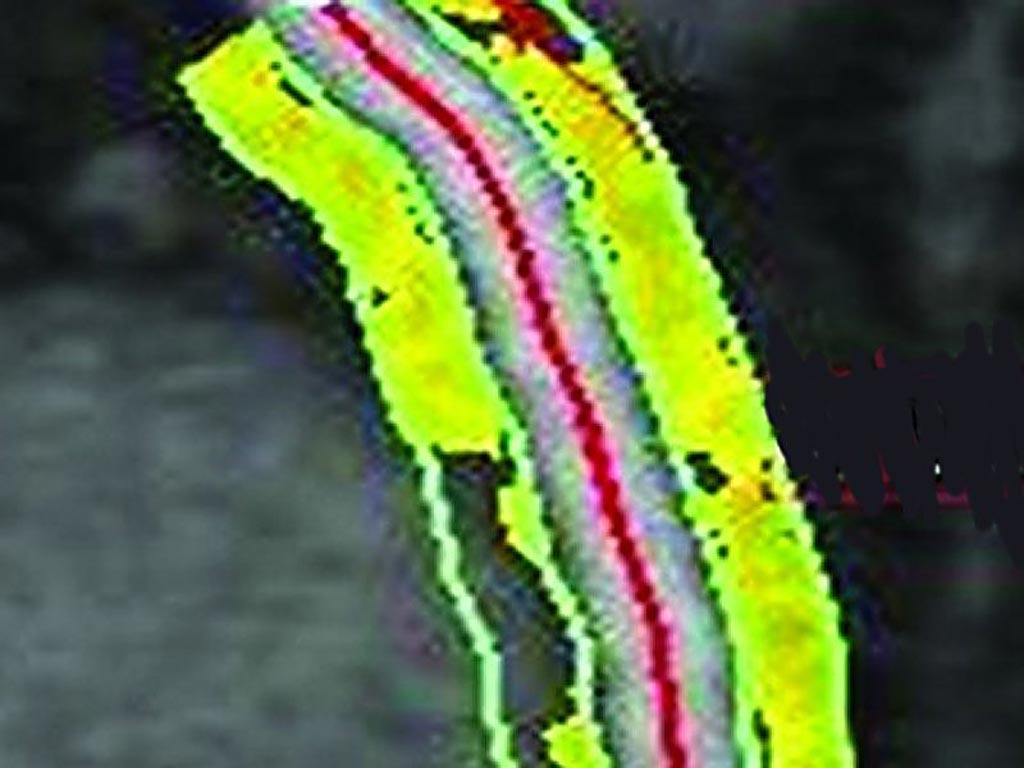 Image: New AI technology could identify people who are at high risk for a fatal heart attack (Photo courtesy of Medscape).
Researchers from the University of Oxford (Oxford, England) have developed a technology using artificial intelligence (AI) that could identify people at high risk of a fatal heart attack at least five years before it strikes. Using machine learning, the researchers have developed a new biomarker, or 'fingerprint', called the fat radiomic profile (FRP), which detects biological red flags in the perivascular space lining blood vessels that supply blood to the heart. It identifies inflammation, scarring and changes to these blood vessels, which are all pointers to a future heart attack.

For their study, the researchers initially used fat biopsies from 167 people undergoing cardiac surgery. They analyzed the expression of genes associated with inflammation, scarring and new blood vessel formation, and matched these to the CCTA scan images to determine which features best indicate changes to the fat surrounding the heart vessels, called perivascular fat. The team then compared the CCTA scans of the 101 people, from a pool of 5,487 individuals, who went on to have a heart attack or cardiovascular death within five years of having a CCTA with matched controls who did not, to understand the changes in the perivascular space, which indicate that someone is at higher risk of a heart attack.

Using machine learning, they developed the FRP fingerprint that captures the level of risk. The more heart scans that are added, the more accurate the predictions will become, and the more information that will become 'core knowledge'. The researchers tested the performance of this perivascular fingerprint in 1,575 people in the SCOT-HEART trial, showing that the FRP had a striking value in predicting heart attacks, above what can be achieved with any of the tools currently used in clinical practice. The team hopes that the powerful technology will enable a greater number of people to avoid a heart attack, and plan to roll it out to health care professionals in the next year.

“By harnessing the power of AI, we've developed a fingerprint to find 'bad' characteristics around people's arteries,” said Professor Charalambos Antoniades, Professor of Cardiovascular Medicine and BHF Senior Clinical Fellow at the University of Oxford. “This has huge potential to detect the early signs of disease, and to be able to take all preventative steps before a heart attack strikes, ultimately saving lives. We genuinely believe this technology could be saving lives within the next year.”

“This research is a powerful example of how innovative use of machine learning technology has the potential to revolutionize how we identify people at risk of a heart attack and prevent them from happening,” said Professor Metin Avkiran, Associate Medical Director at the British Heart Foundation. “This is a significant advance. The new 'fingerprint' extracts additional information about underlying biology from scans used routinely to detect narrowed arteries. Such AI-based technology to predict an impending heart attack with greater precision could represent a big step forward in personalized care for people with suspected coronary artery disease.”