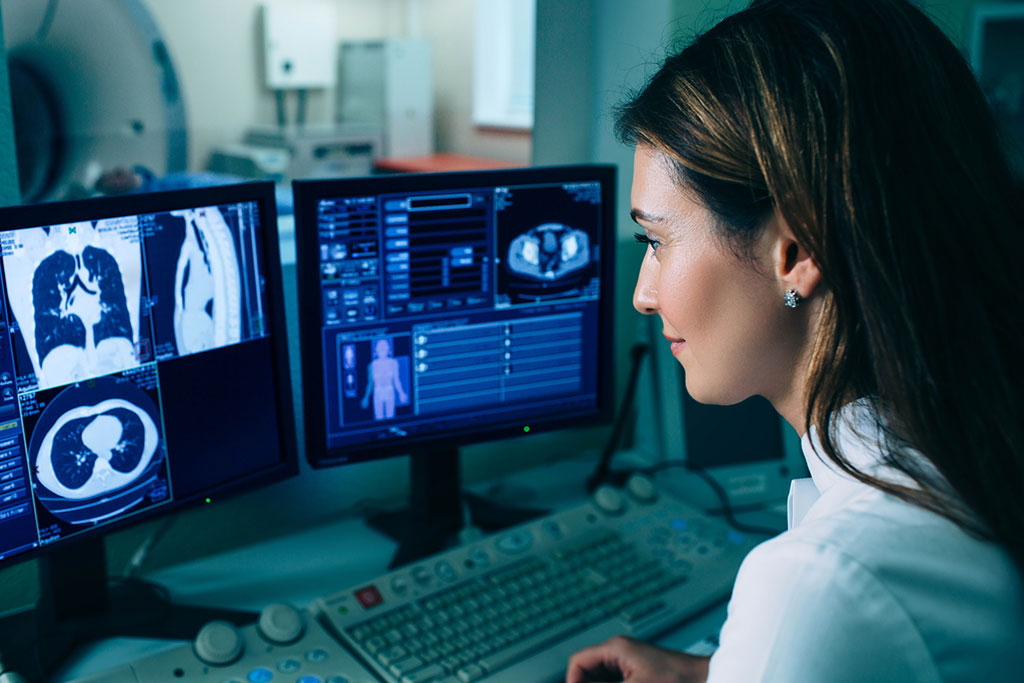 Researchers at the BC Cancer Research Center (BCCRC; Vancouver, Canada) trained a linear discriminant analysis (LDA) ML algorithm--using data from the Pan-Canadian Early Detection of Lung Cancer (PanCan) study--to characterize, analyze, and classify small lung nodules as malignant or benign by extracting approximately 170 texture and shape radiomic features, following semi-automated nodule segmentation on the images. They then compared the performance of the algorithm with that of the Prostate, Lung, Colorectal, and Ovarian (PLCO) m2012 malignancy risk score calculator on another dataset.

The study cohort consisted of 139 malignant nodules and 472 benign nodules that were approximately matched in size. The researchers applied size restrictions (based on Lung-RADS classification criteria) to remove any nodules from the dataset that would already be considered suspicious, which would include any nodule with solid components greater than 8 mm in diameter. The results showed the ML algorithm significantly outperformed the (PLCO) m2012 risk-prediction model, especially when demographic data were added to radiomics analysis. The study was presented at the AACR Virtual Special Conference on Artificial Intelligence, Diagnosis, and Imaging, held during January 2021.

“The best results were achieved in a subset of patients who were younger than 64, female, did not have emphysema, smoked fewer than 42 pack years, did not have a family history of lung cancer, and were not current smokers,” said senior author and study presenter Rohan Abraham, PhD. “Combined with clinician expertise and experience, this has the potential to enable earlier intervention and reduce the need for follow-up CT.”

Current lung nodule classification relies on nodule size, a factor that is of limited use for sub-centimeter nodules, or on volume doubling time, a variable that requires follow-up CT exams. As a result, very small lung nodules, with solid components of less than 8 mm in diameter (and therefore below the Lung-RADS 4A risk-stratification threshold), are very difficult to classify, and they are often given a "wait and see" management plan.