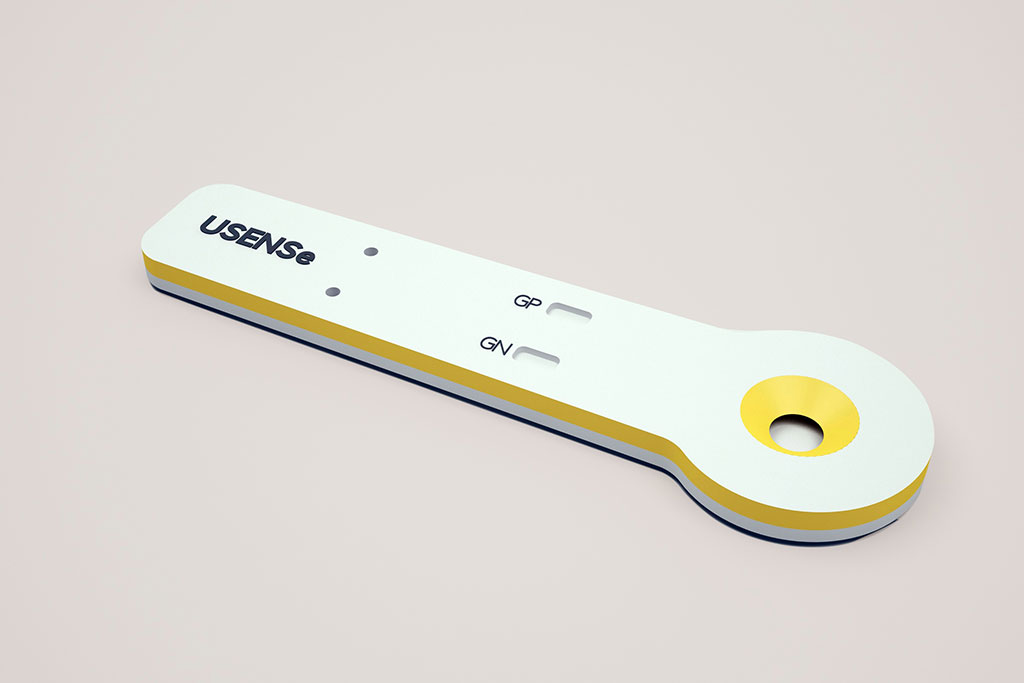 Globally, there are 150 million Urinary Tract Infection (UTI) cases reported every year, and it is believed that half of all women will contract UTI once in their lifetime. If left untreated, UTI can trigger kidney damage and sepsis, leading to death. UTIs are also the second-highest infections in the human body and account for significant GP visits and economic burden on our healthcare system. The empirical prescription of antibiotics is eventually adding up to the larger problem of Anti Microbial Resistance (AMR). Now, a point-of-care solution leverages the power of nanotechnology and biotechnology for ultra rapid diagnosis of UTI.

Module Innovations’ (Maharashtra, India) proprietary SDSAN technology enables it to deliver UTI positive/negative results in just 15 minutes using USENSe. USense is a small credit card-sized device and allows visual detection of the presence of four specific UTI-causing bacteria in less than an hour. Using a small amount of urine on a credit card-sized strip, the test can identify the presence of: E. coli, S.aureus, Klebsiella and enterococci. The four corners of the strip test correlate to the four bacteria. If the color of a corner changes, it indicates that the specific bacteria is present. If more than one corner has a color change, then there is a multi-bacterial infection present.

Urinalysis or urine cultures are the most used test currently and while they indicate if there is bacteria present, this can take days. This standard test also needs special instruments, trained staff and electricity to work. USense tells the clinician what type of bacteria are present within 30-60 minutes, which is a major advantage in settings where rapid results are needed, cultures cannot be performed and this is without the need of any specialized lab equipment, training or electricity.

Hospitals in rural settings and outside of cities that often lack the facilities to run a culture and currently give antibiotics out whenever people are in pain would benefit from USense. Since USense can provide rapid information about the organism that is causing the infection at the point-of-care, the clinician can target the infection with the right medications. The test could also significantly reduce antibiotic resistance as patients could test for which antibiotics are appropriate and avoid taking antibiotics over the counter when they do not know their type of bacterial infection. Using the same technology for this diagnostic, Module Innovations is looking to create tests for bacteria in different scenarios, such as TB, STIs and cancer.