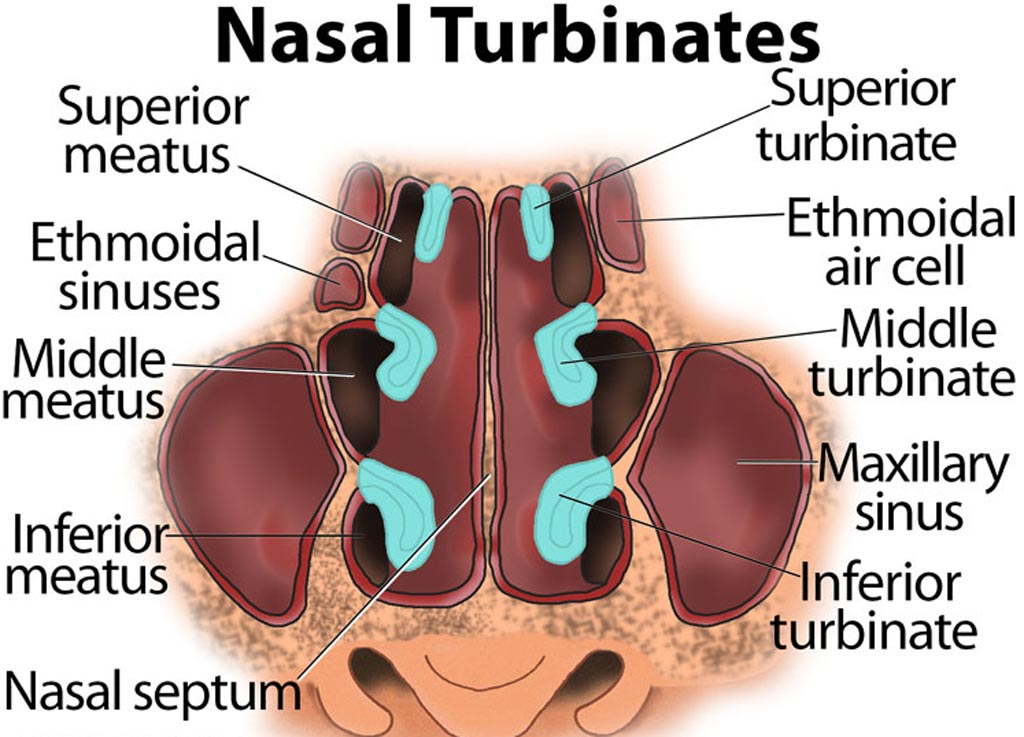 Total airflow rate and nasal resistance was obtained through CFD analysis, and regression analysis was performed on the increased nasal volume, locations, and nasal resistance. The results showed that for all five patients, ITR over the whole length was consistently most effective in improving nasal airflow and resistance, when adjusted for volume. The effectiveness of posterior or anterior ITR was not consistent, and even within one individual, the site of most effective partial ITR differed from one side to the other. The study was published on January 25, 2018, in JAMA Facial Plastic Surgery.

“ITR is a commonly performed procedure for the treatment of nasal obstruction. Which portion of the inferior turbinates should be surgically addressed to improve nasal airflow has yet to be determined,” concluded lead author Thomas Lee, MD, of VCUMC, and colleagues. “The fact that full ITRs were consistently most effective, and the linear regression between flow and nasal volume changes, may indicate that the entire length of the inferior turbinate has a functional impact on nasal airflow and resistance.”

There are three turbinates (inferior, middle, and superior) on each side of the nose, composed of a ridge of bone lined with thick, well vascularized soft tissue and covered by a moist mucous membrane; the turbinates clean and humidify the air as it moves into the lungs. The inferior turbinates are the largest, and when irreversibly enlarged from chronic inflammation or congenital enlargement, IRT or submucous resection is performed as an outpatient procedure to improve airflow.