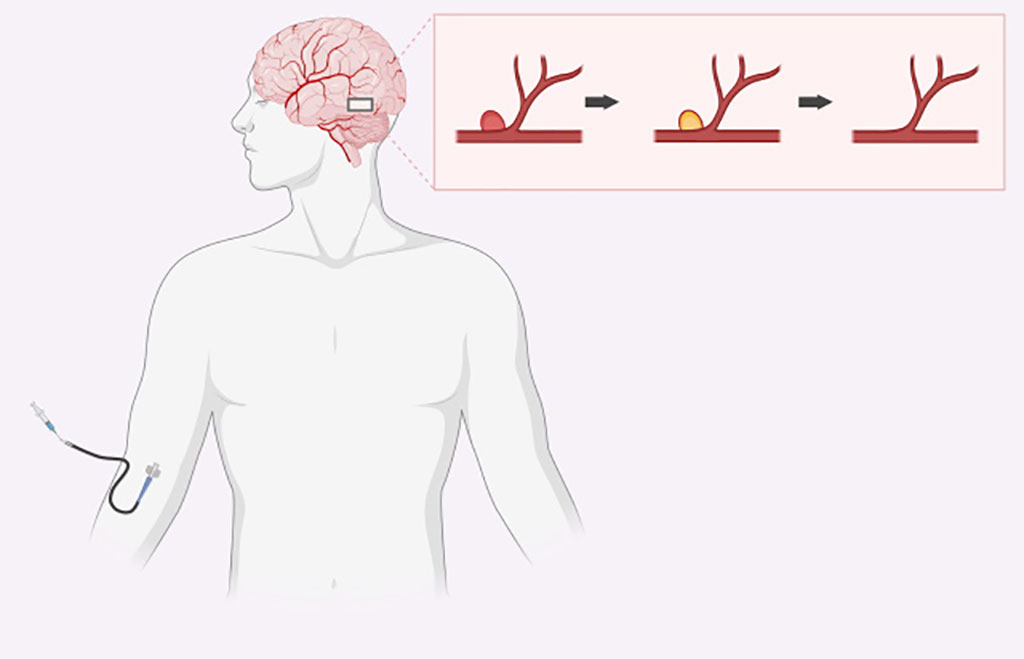 Aneurysms are weaknesses in the venous walls that require immediate attention, as they can result in the ballooning and bursting of the blood vessels. These critical medical conditions are often treated using catheter-delivered blocking agents. The blocking agents are delivered into the vessels to stop blood flow in the affected area until the vessel wall can heal. The blocking material can then be removed or allowed to degrade naturally. Existing therapies involve the placement of platinum or stainless- steel coils, but these require specialized catheters and equipment to place and detach them and can also move to other places within the blood vessels. Another procedure is to attach clips to partition off the aneurysm, but this requires open surgery and can cause narrowing of arteries due to vasoconstriction. Still other methods involve the use of liquid blocking agents injected into the blood vessels which subsequently solidify. But these agents often leak during injection, and they can also impose toxic effects and necrosis in the surrounding tissues.

Now, researchers at the Terasaki Institute for Biomedical Innovation (TIBI, Los Angeles, CA, USA) have developed an injectable shear-thinning hydrogel (STH) that exhibits enhanced cohesive strength that resists fragmentation, even when subjected to strong, pulsating liquid flows found within the body. These shear-thinning materials behave like toothpaste in that when force is applied, they act like a solution, but when the force is removed, they retain their structure. Previous versions of STHs were subject to fragmentation and even disintegration when subjected to the high fluidic flow rates in a real-life aneurysm.

The research team began by formulating a gelatin-based STH with nanoparticles added for reinforcement of shear-thinning capabilities, mechanical stiffness, and physiological stability. They also added a highly charged chemical to the mix in order to impart cohesion without sacrificing injectability. In testing the STH-filled vessels under constant and pulsating buffer flows for up to four days, the researchers were able to observe and quantify retention of the STH plugs. They found that the plugs had successful retention without fragmentation within the simulated blood vessels, while maintaining its injectability and shear-thinning properties. Further tests revealed that STH caused no cellular damage or red blood cell lysis occurred, demonstrating its safe usage for treatment of vascular conditions.

“This improved shear-thinning hydrogel can withstand the real-life pulsating flows of the body and offers a significant advancement in treating critical vascular conditions,” said Ali Khademhosseini, Ph.D., TIBI’s Director and CEO. “It can pave the way for developing the next generation of injectable biomaterials.”