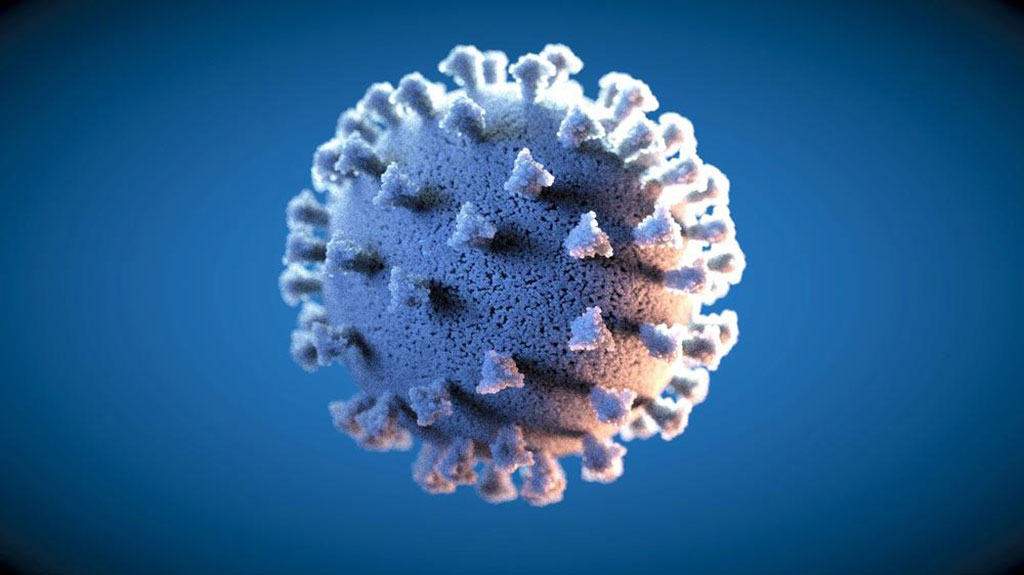 Illustration
A team of researchers has identified several candidates for drugs against the coronavirus SARS-CoV-2 using a high-brilliance X-ray lightsource.

In the study led by Deutsches Elektronen-Synchrotron (DESY; Hamburg, Germany), the researchers used DESY’s high-brilliance X-ray lightsource PETRA III to identify promising candidates for COVID-19 drugs. In a so-called X-ray screening, the researchers tested almost 6000 known active substances that already exist for the treatment of other diseases in a short amount of time. After measuring about 7000 samples, the team was able to identify a total of 37 substances that bind to the main protease (Mpro) of the SARS-CoV-2 virus. Seven of these substances inhibit the activity of the protein and thus slow down the multiplication of the virus. Two of them do this so promisingly that they are currently under further investigation in preclinical studies. This drug screening – probably the largest of its kind – also revealed a new binding site on the main protease of the virus to which drugs can couple.

Beamline P11 of DESY´s PETRA III research lightsource specializes in structural biology studies. Here, the three-dimensional structure of proteins can be imaged with atomic precision. The research team used this special capability to examine several thousand active substances from a library of the Fraunhofer Institute for Translational Medicine and Pharmacology and another library from the Italian company Dompé Farmaceutici SpA to see whether and how they “dock” to the main protease - the first important step in blocking it. Like a key in a lock, the drug molecule fits into a binding centre of the protease.

The advantage of the drug library is that it contains active substances that have already been approved for the treatment of humans or those that are currently in various testing phases. Suitable candidates to combat SARS-CoV-2 could therefore be used in clinical trials considerably faster, saving months or years of drug development. The special technical equipment at the PETRA III station P11 includes fully automated sample changes with a robotic arm, so that each of the more than 7000 measurements took only about three minutes. With the help of automated data analysis, the team was able to quickly separate the wheat from the chaff.

In a next step, the researchers investigated whether these active substances inhibit or even prevent virus replication in cell cultures and how compatible they are for the host cells. This reduced the number of suitable active substances to seven, two of which stood out in particular. In their drug screening using protein crystallography, the researchers did not examine fragments of potential drugs as is usually the case, but complete molecules of the drug. In the process, however, the team of more than 100 scientists also discovered something completely unexpected: they found a binding site on the main protease that had been completely unknown until then.

“A particular strength of our method of X-ray screening compared to other screening methods is that we obtain the three-dimensional structure of the protein-drug complexes as a result and can thus identify the binding of the drugs to the protein at the atomic level. Even if the two most promising candidates do not make it into clinical trials, the 37 substances that bind to the main protease form a valuable database for drug developments based on them,” explained DESY researcher Patrick Reinke.