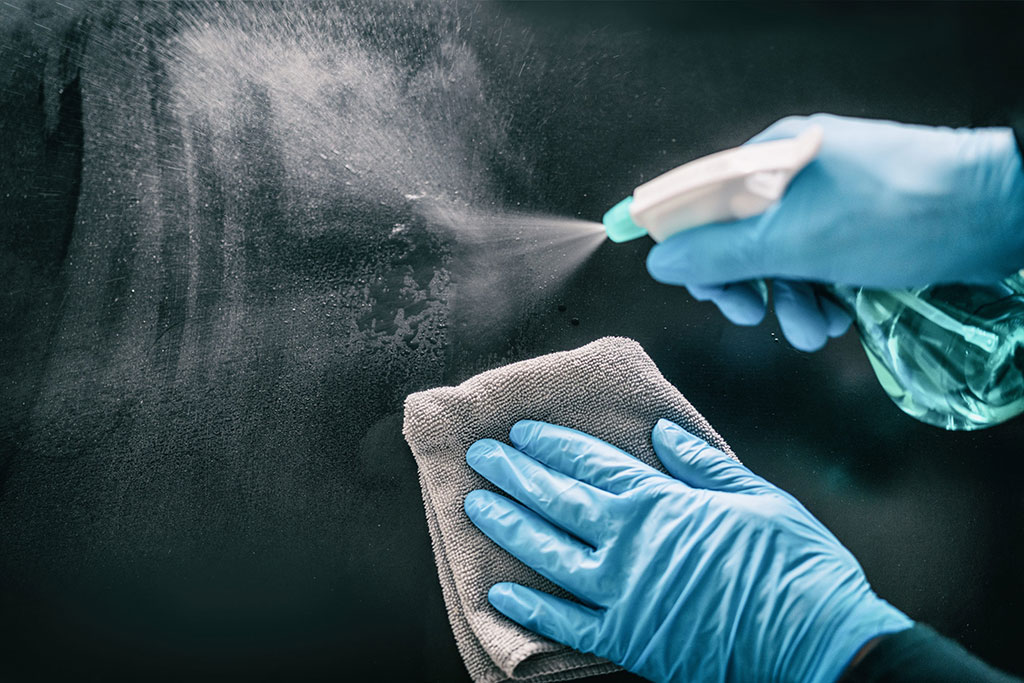 Researchers at University College London (UCL, United Kingdom) and Great Ormond Street Hospital for Children (GOSH; London, United Kingdom) used an artificially replicated section of DNA from a plant-infecting virus (which only affects cauliflowers), and added it to a 100 microlitres of water, spraying it onto a bed rail within an isolation room on a pediatric ward. Swab samples were then taken from ward surfaces that evening and the following four evenings to assess dispersal. In all, 44 samples were taken daily from the immediate bedspace environment, cubicle door handles, clinical areas, and from general ward areas.

The results showed that within 10 hours, the surrogate had transferred to 41% of all surfaces sampled within the ward, with 86% of sampled sites in clinical areas testing positive on day three; the surrogate DNA persisted throughout the entire sampling period, with 41% positive sites on day five, implying a combination of poor surface cleaning, movement of patients, carers not adhering to the hand washing guidelines, and potential re-inoculation of the surrogate DNA following patient movement between the isolation room and clinical areas. The study was published on May 22, 2020, in Journal of Hospital Infection.

“The surrogate DNA was inoculated once to a single site, while patients infected with SARS-CoV-2 will introduce continual shedding of the virus through touching surfaces and coughing,” concluded senior author Lena Ciric, PhD, of UCL, and colleagues. “Healthcare workers cannot prevent the spread of the virus during aerosol generating procedures and contact with infected patients unless strict hand hygiene, careful donning and doffing of personal protective equipment, and consistent cleaning is undertaken.”

“People can become infected with Covid-19 through respiratory droplets produced during coughing or sneezing. Equally, if these droplets land on a surface, a person may become infected after coming into contact with the surface and then touching their eyes, nose, or mouth,” said study co-author Elaine Cloutman-Green, PhD, of GOSH. “Like SARS-CoV-2, the surrogate we used for the study could be removed with a disinfectant wipe or by washing hands with soap and water. Cleaning and handwashing represent our first line of defense against the virus.”

SARS-CoV-2 is an enveloped virus; as such, it is very susceptible to most cleaning agents, which destroys the envelope and deactivates the virus. When left untreated, SARS-CoV-2 remains viable for up to 72 hours on plastic and steel surfaces, and for up to eight hours on copper and cardboard surfaces.