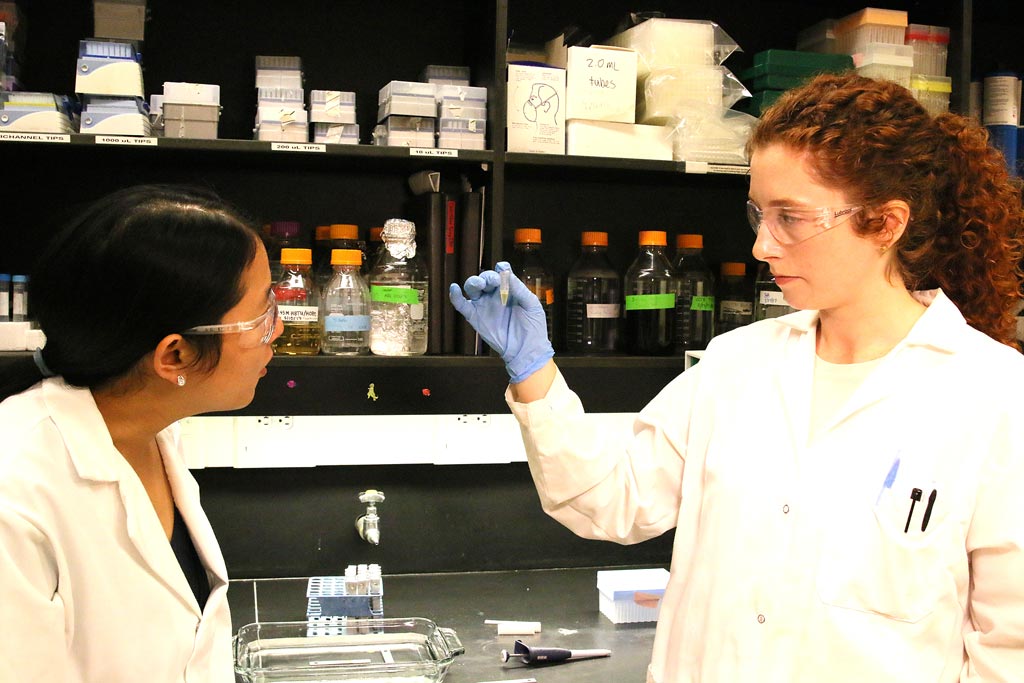 Developed by researchers at Purdue University (Lafayette, IN, USA), ELY16 glue is made of an elastin-like polypeptide (ELP) modified by adding the enzyme tyrosinase. The modification forms mELY16, in which the tyrosine residues are converted to 3,4-dihydroxyphenylalanine (DOPA), an adhesive molecule. Both ELY16 and mELY16 are not toxic to cells and work well under dry conditions; but modification with DOPA increases adhesion strength in highly humid conditions. The modified version can be tuned to varying environmental conditions and different tissue types.

ELPs have the innate ability to coacervate, which causes them to separate into two liquid phases, one denser and more protein-rich than the other, mimicking the adhesion mechanism used by sandcastle worms and mussels. According to the researchers, ELP, which can be produced in high yields from E. coli, can coacervate in response to environmental factors such as temperature, pH, and salinity. In laboratory tests, mELY16 has significantly higher adhesion strength in humid and underwater environments than commercially available fibrin sealants. The study was published in the April 2017 issue of Biomaterials.

“Our goal was to mimic the type of adhesion that mussel adhesive proteins have, and much other work has focused on the DOPA molecule as being critical to that adhesion,” said senior associate professor of chemical engineering and biomedical engineering Julie Liu, PhD. “When the adhesive materials were exposed to large amounts of moisture, proteins containing DOPA had a much higher adhesion strength compared to unconverted proteins containing only tyrosine. So, DOPA conferred much stronger adhesion in wet environments.”

Elastin is a highly elastic protein found in connective tissues that allows them to resume their shape after stretching or contracting, for example in skin. Elastin serves an important function in arteries as a medium for pressure wave propagation to help blood flow, and is particularly abundant in large elastic blood vessels such as the aorta. Elastin is also very important in the lungs, helping them to contract, and in elastic ligaments and cartilage, where it helps store mechanical energy for load-bearing muscles.