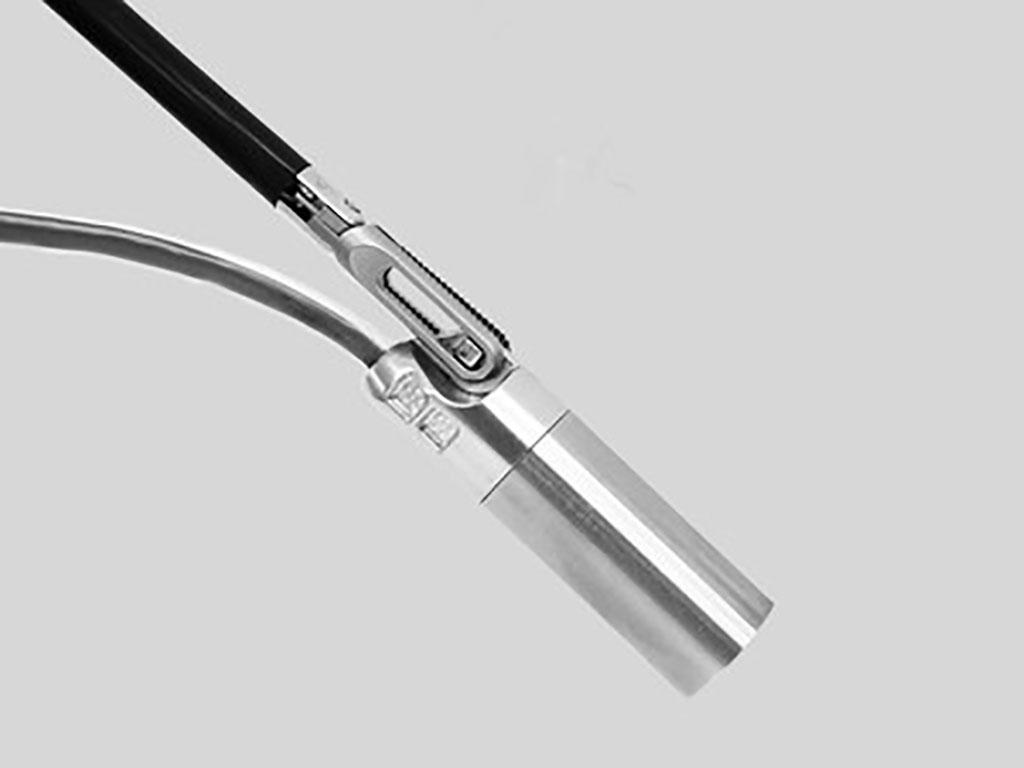 The Lightpoint Medical (Chesham, United Kingdom) Sensei is a tethered gamma probe designed to be used as a guide during laparoscopic biopsy procedures. The probe locates single-photon emission computed tomography (SPECT) radioligands, such as 99mTc-nanocolloid for SNL metastasis detection, or for targeted cancer metastasis antigens, such as 99mTc-PSMA (prostate specific membrane antigen) during prostate cancer surgery. The single-use, disposable probe measures just over 40mm and is attached to a three meter long lightweight cable, supporting both intra-cavity manual and robotic laparoscopic procedures.

When used with articulating graspers, the probe can provide up to six degrees of freedom, allowing for complete intra-cavity maneuverability and dexterity. The system provides clear audible notifications and is also equipped with a graphic display. It can also be integrated with the display of any surgical robotic platform. And as it is disposable, there is no need for a sterile sheath or reprocessing, eliminating the risk of cross-contamination. At the end of the procedure, the probe can be easily extracted through a standard 12mm entry port for disposal.

“Lightpoint is developing the most advanced intra-operative cancer detection technologies to meet surgeons' needs for miniaturized cancer detection tools,” said David Tuch, CEO of Lightpoint Medical. “Currently, surgeons have no way to precisely detect cancer intra-operatively. As a result, millions of patients suffer every year as cancer is frequently left behind or healthy, functional tissue is needlessly removed.”

Lymph nodes, located throughout the body, serve as biologic filters that contain immune cells to fight infection and clean the blood. When cancer cells break away from a tumor, the cells can travel through the lymph system, and SNLs help determine cancer spread. But human SNLs are only half a centimeter in size, and are difficult to discern among the surrounding tissue during surgery. Furthermore, even when surgeons are able to map the location of the nodes, there is no current technique that indicates whether or not the lymph nodes contain cancer, requiring their removal.