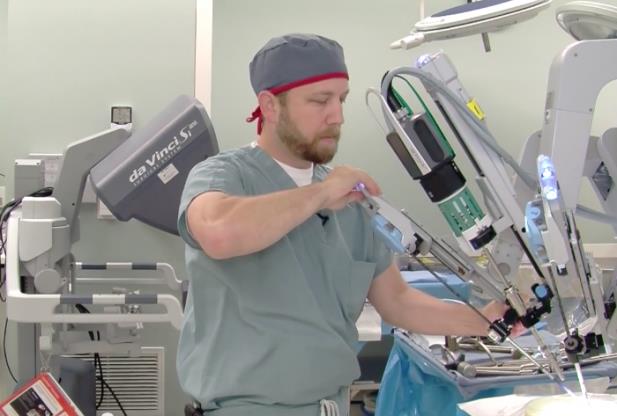 Researchers at the University of California Los Angeles (UCLA; USA) refined, adapted, and advanced the transoral robotic surgery (TORS) technique to allow surgical instruments and three dimensional (3D) imaging tools to reach and operate safely within the parapharyngeal space, a pyramid-shaped area that lies near the base of the skull connecting several deep compartments of the head and neck. It is lined with many large blood vessels, nerves, and complex facial muscles, making access to the space via traditional surgical options often impossible or highly invasive.

The researchers provided a detailed technical description of the new technique, which was applied in a patient that developed compressive symptoms from a 54×46 mm parapharyngeal space lipomatous tumor. The patient was referred by his primary otolaryngologist due to poor open surgical access to the nasopharyngeal component of the tumor. Using the modified TORS technique, an assisted resection of the parapharyngeal space mass was performed, utilizing 97 minutes of robotic surgical time. The study was published online ahead of print in November 15, 2014, in Head & Neck.

“This is a revolutionary new approach that uses highly advanced technology to reach the deepest areas of the head and neck,” said lead author Abie Mendelsohn, MD, director of head and neck robotic surgery at UCLA. “Patients can now be treated in a manner equivalent to that of a straightforward dental procedure and go back to leading normal, healthy lives in a matter of days, with few or even no side effects.”

The researchers used the da Vinci system, a product of Intuitive Surgical (Sunnyvale, CA, USA), which consists of a surgeon’s console and a patient-side cart with four interactive robotic arms controlled from the console; three of the arms are for tools, while the fourth is for an endoscopic camera with two lenses that gives the surgeon full stereoscopic vision. The system scales, filters, and translates the surgeon's hand movements into more precise micromovements of the instruments, which operate through small incisions in the body.

Parapharyngeal space tumors have traditionally been approached via transcervical skin incisions, or by splitting the mandibula. Chemotherapy and radiation therapy are also often required, further complicating recovery and potentially putting patients at risk for serious, even lethal, side effects.