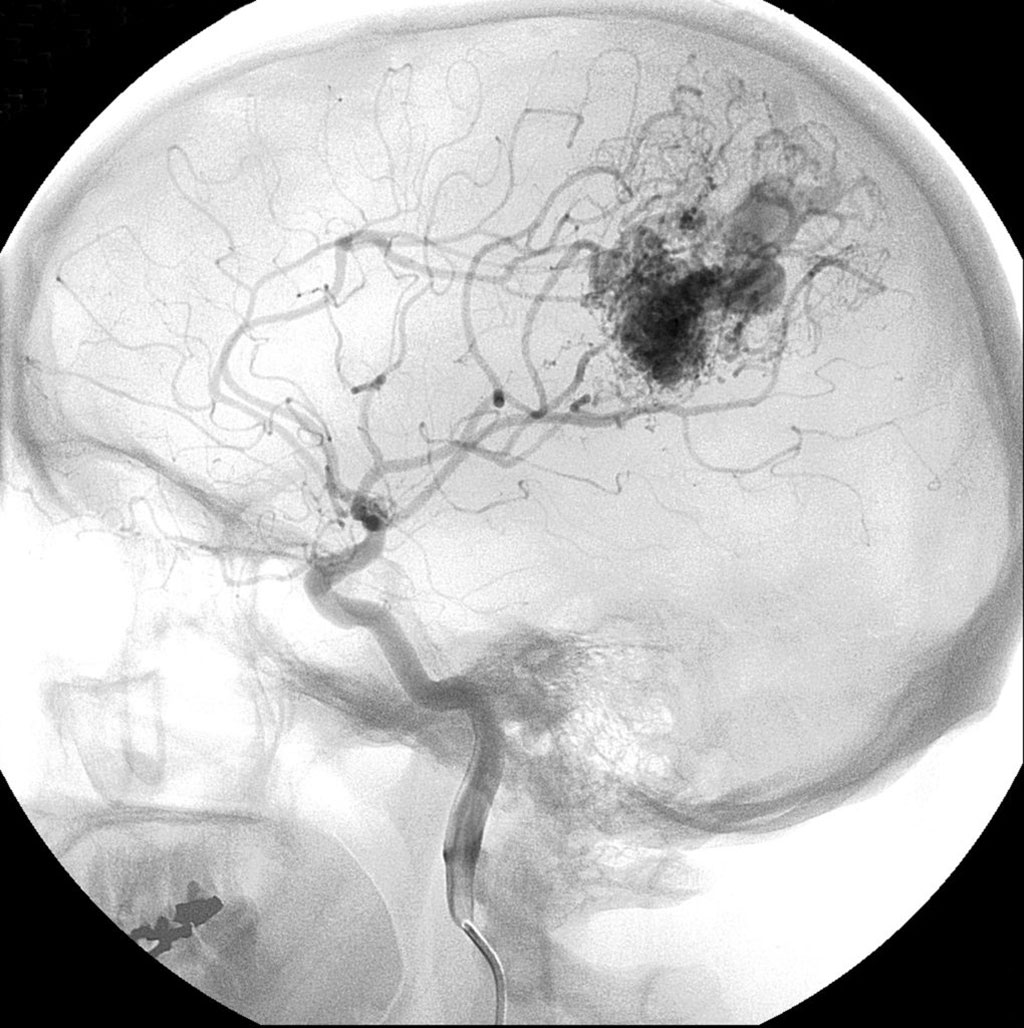 Image: Radiological appearance of an unruptured AVM (Photo courtesy of ThinkStock)
A new study shows that interventional treatment for unruptured arteriovenous malformations (AVMs) in the brain could be more dangerous than the disease itself.

Researchers at Columbia University (CU; New York, NY, USA), the Icahn School of Medicine at Mount Sinai (New York, NY, USA), and other institutions in nine countries conducted a randomized study at 39 clinical centers that included 226 patients (average age 44 years) diagnosed with an unruptured brain AVM. Patients were randomly assigned to medical management alone, or with an interventional therapy that included neurosurgery, embolization, or stereotactic radiotherapy. The primary outcome was time to death or symptomatic stroke as confirmed by imaging.

“The study showed that medical management alone remained superior to interventional therapy for the prevention of death or symptomatic stroke in patients with an unruptured brain AVM, “concluded lead author Professor JayMohr, MD, of CU Irving Medical Center. “The data concerning the disparity in outcomes should affect standard specialist practice and the information presented to patients. The even longer-term risks and differences between the two therapeutic approaches remains uncertain.”

A brain AVM is a tangle of abnormal blood vessels connecting arteries and veins in the brain, directing blood away from normal brain tissue. These abnormal and weak blood vessels dilate over time, and may burst eventually from the high pressure of blood flow from the arteries. Symptoms vary, with up to 50% suffering an intracranial hemorrhage, and 25% having focal or generalized seizures. AVMs are usually congenital, and occur in less than one percent of the general population.