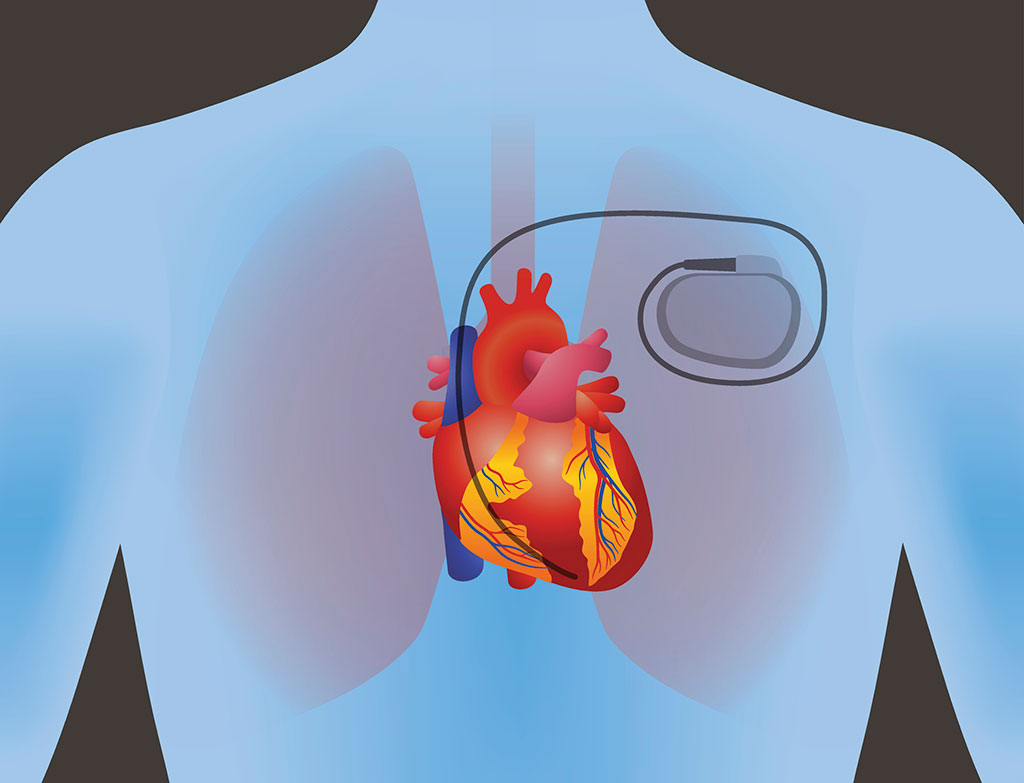 The results revealed that for the primary outcome, a higher success rate was observed in the USAX group (97.7%) than in the CV group (54.5%), as well as a lower rate of venous access site change (2.3% versus 40.9%), shorter time to obtain venous access (five minutes versus 15 minutes), and procedural time (40 minutes versus 51 minutes), with no statistical difference found in the overall complication rate (2.3% vs 11.4%). The study was published on April 29, 2020, in Heart Rhythm.

“Ultrasound-guided axillary vein puncture for implantation of pacemaker or defibrillator leads is a good first-line or alternative approach when, for example, the cephalic vein is absent or unsuitable for insertion of multiple leads,” said lead author Ana Paula Tagliari, MD, MSc, of HCPA. “Given its short procedure time, the axillary vein approach may allow a faster patient turnover. And the axillary vein itself has several advantages over the cephalic vein, including extrathoracic location, larger caliber, and greater distance from an artery.”

Both pacemakers and implantable cardiac devices (ICDs) have a pulse generator that fits below the collarbone, secured in a pocket under the skin, but above the muscle. The pulse generator sends pulses to send to the heart muscles via electrical leads that run through a selected large vein. The tip of a lead is anchored to a specific section of heart muscle; the rest of the lead floats freely (at least at first). Some devices have one lead, most have two, and a small but growing number have three.