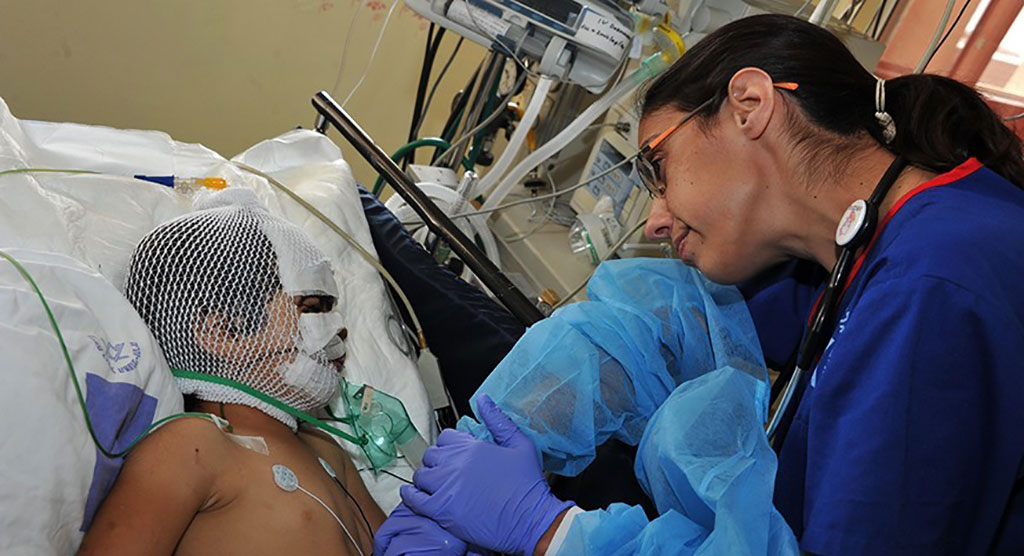 Researchers at Galilee Medical Center (GMC; Nahariya, Israel) and the Azrieli faculty of medicine at Bar Ilan University (Safed, Israel) conducted a study comparing the number of postoperative complication rates in 60 Syrian patients admitted to GMC over a five-year period (May 2013 to May 2018) for the treatment of high-velocity maxillofacial injuries sustained during the civil war. Patients arriving early (within 24 hours) were compared to those who arriving late (14-28 days). Both groups received definitive surgical treatment within 48 hours of admission.

The results showed that postoperative complications in the early group were found to be significantly higher compared to the delayed arrival group, suggesting that the unintentional delay in providing surgical treatment may have contributed to a critical revascularization period (CRP) that resulted in an improved postoperative healing and decreased morbidity and complications. The study was published on January 21, 2021, in Scientific Reports.

“While the timing of intervention and the extent to which each step of treatment is applied may be controversial, we believe that allowing sufficient time for CRP is an imperative step for providing optimal treatment outcomes,” concluded lead author Professor Samer Srouji, MD, of Bar Ilan University, and colleagues. “We believe that the benefit stems from neovascularization, the formation and repair over time of blood vessels in the injured region, which improves the supply of blood and oxygen to the area and, in turn, leads to smoother healing and fewer complications following surgery.”

In accordance with the Israeli government's decision, the Israel Defense Forces (IDF), medical corps, health care system, and hospitals in the north of the country joined to provide medical treatment to thousands of wounded Syrians citizens. The logistics of evacuating the injured from the battlefield and transferring them to Israeli territory was often prolonged due to the fact that Israel and Syria are defined as enemy countries.