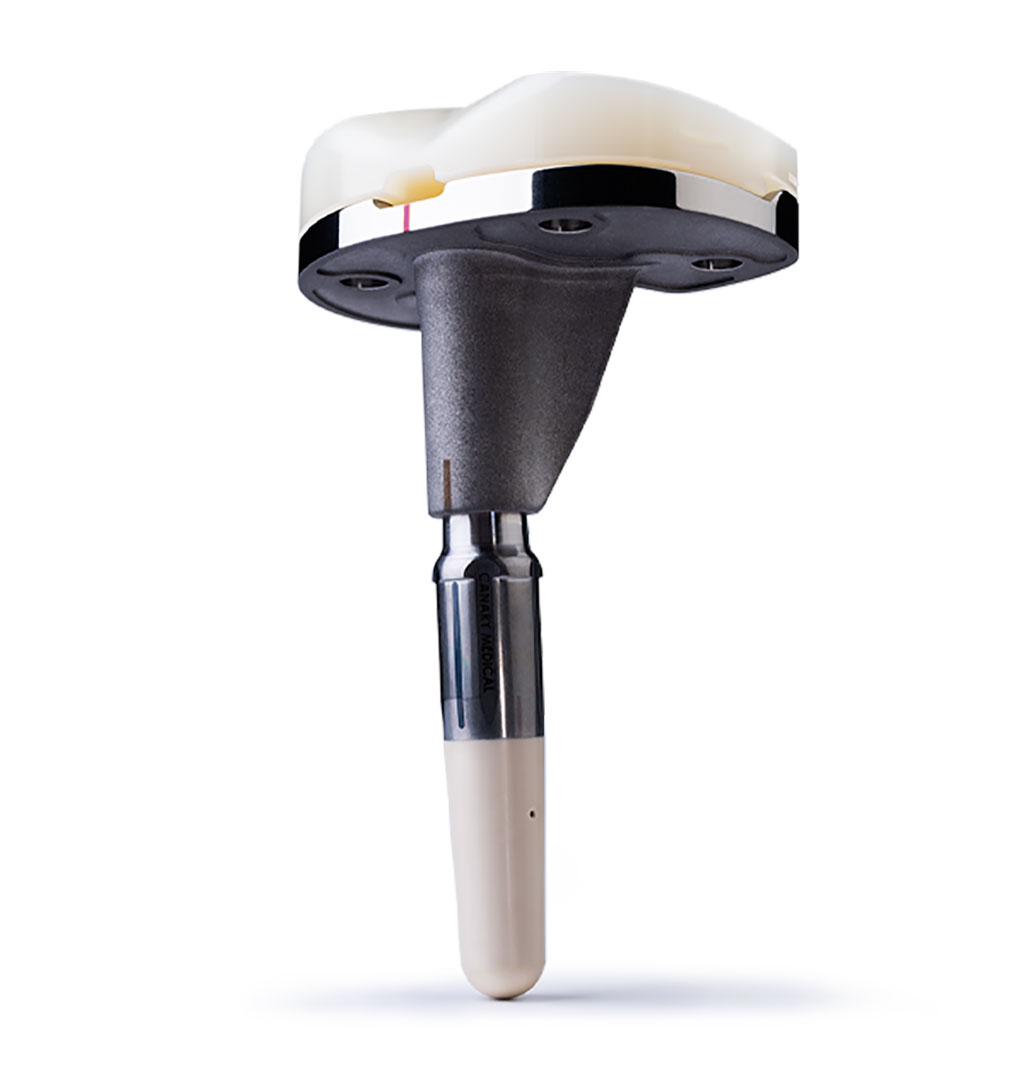 Once implanted, the Persona IQ with CTE records and wirelessly transmits steps, gait and other data to a personal base station located at the patient's home, which is subsequently securely sent on to a cloud-based portal where the orthopedic surgeon can review it and monitor the patient's progress and recovery. Data is available to the physician not only during the course of patient monitoring and treatment post-surgery; long- term data is also automatically available through a simple, intuitive interface to both patients and physicians.

“The smart knee uses the same material and technology found in implanted cardiac devices such as pacemakers,” said orthopedic surgeon Fred Cushner, MD, founder and chief medical officer of Canary Medical (Vancouver, Canada), which developed CHIRP and CTE technology. “It collects data every day during the first year following surgery, providing objective, accurate information on how the knee is functioning. Patient monitoring can continue for much longer, though, as the battery that powers the device was made to last at least 10 years.”

TKA is an orthopedic surgical procedure where the articular surfaces of the knee joint--the femoral condyles and tibial plateau--are replaced. There is at least one polyethylene insert between the tibia and the femur that serves as a shock absorber; in 50% of the cases, the patella is also replaced in order to restore the extensor mechanism. The level of bone loss will dictate which kind of patella prosthesis is placed.