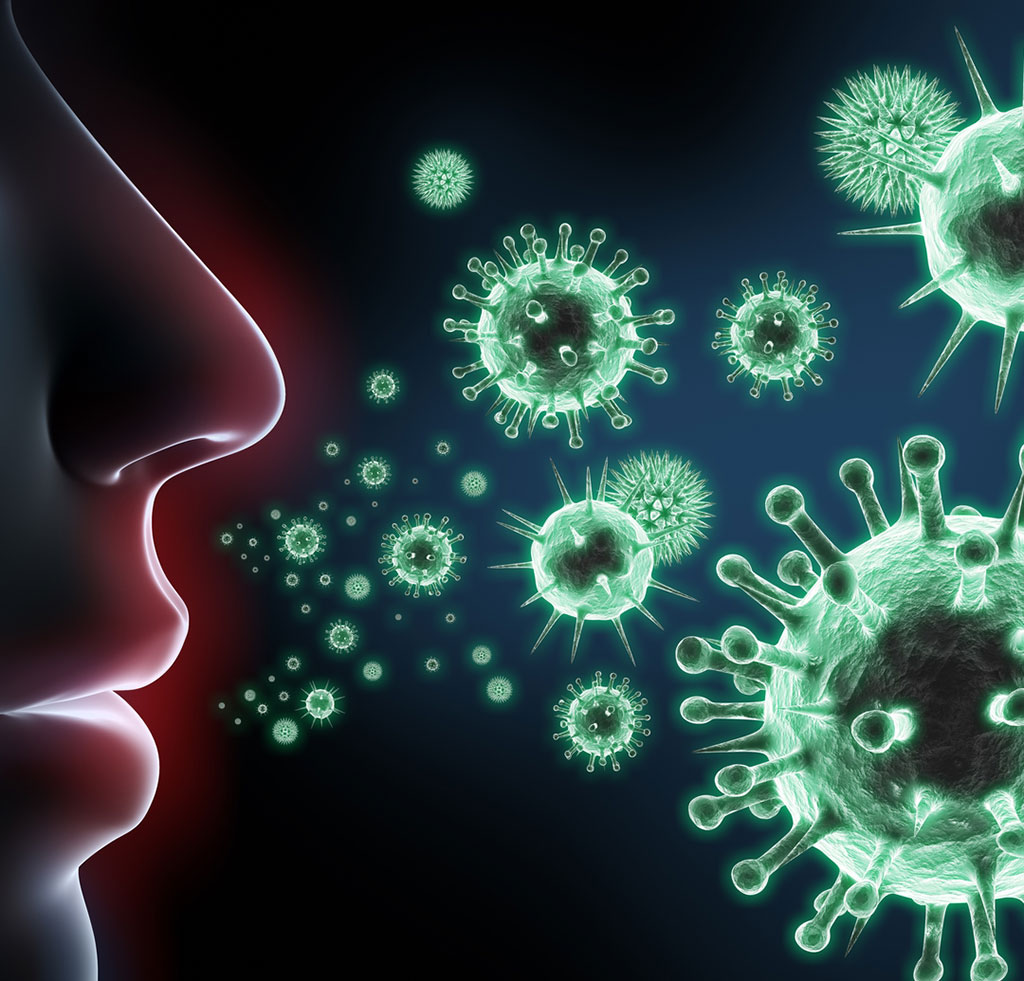 Illustration
In a new study, an innovative nasal powder inhaler that effectively blocks viruses from reaching nasal mucosa was able to block more than 99% of SARS-CoV-2 viruses.

The nasal powder inhaler named TaffiX from Nasus Pharma (Tel Aviv, Israel) is currently approved for marketing as a protective mechanical barrier against allergens and viruses (e.g., SARS-CoV-2) within the nasal cavity in Europe and to block inhaled viruses and bacteria within the nasal cavity in Israel. It was developed to create an acidic microenvironment in the nose which is proven to prevent viruses from entering and infecting nasal cells. There is a growing body of evidence that suggests the nose is the main gateway of airborne droplet viral infection to the body for viruses, including SARS-COV-2. TaffiX powder creates a unique thin acidified gel above the nasal mucosa that lasts five hours, significantly shielding the nasal cells from inhaled viruses through both mechanical and chemical protection. As such, TaffiX may be an important new protective tool for preventing SARS-COV-2 viral infections in addition to the multiple preventive measures being taken currently.

Data from a preclinical collaboration between Nasus and the University of Virginia School of Medicine (Charlottesville, VA, USA) has demonstrated that the gel layer produced by TaffiX powder after administration of a clinical equivalent amount, effectively blocked SARS-CoV-2 virus, as demonstrated by four log reduction in amount of viral RNA and reduced the amount of infectious live virus by more than 99%.

“These important results conform with prior studies performed with Taffix that proved its robust non-specific activity against the transmission of multiple respiratory viruses,” said Dr. Dalia Megiddo, Chief Executive Officer of Nasus Pharma. “The study’s results demonstrated the versatility of our technology and the ability of TaffiX to become a first line of protection against viruses that attack the respiratory system, including SARS-CoV-2. Based on these positive results, we intend to pursue Emergency Use Authorization from the US FDA, with the hopes of increasing global availability of this important product.”

“There is tremendous need for solutions that enable the resuming of economic and social activities, safely,” said Udi Gilboa, Chairman of the Board of Nasus Pharma. “TaffiX was developed to broadly address the threat of respiratory viruses and we are encouraged by these data which now show the technology is effective against SARS-CoV-2. We believe this may provide an important new option to facilitate a return to normalcy, globally, as a widely accessible and safe product that is already marketed in Europe and Israel.”

“We were impressed by the ability of TaffiX to effectively reduce the amount of live virus. This innovative approach could provide a valuable protective measure that would help reduce the spread of the virus and complement worldwide efforts to find a drug or a vaccine,” said Barbara Mann, Ph.D. Associate Professor, Medicine: Infectious Diseases and International Health at the University of Virginia who led the study.