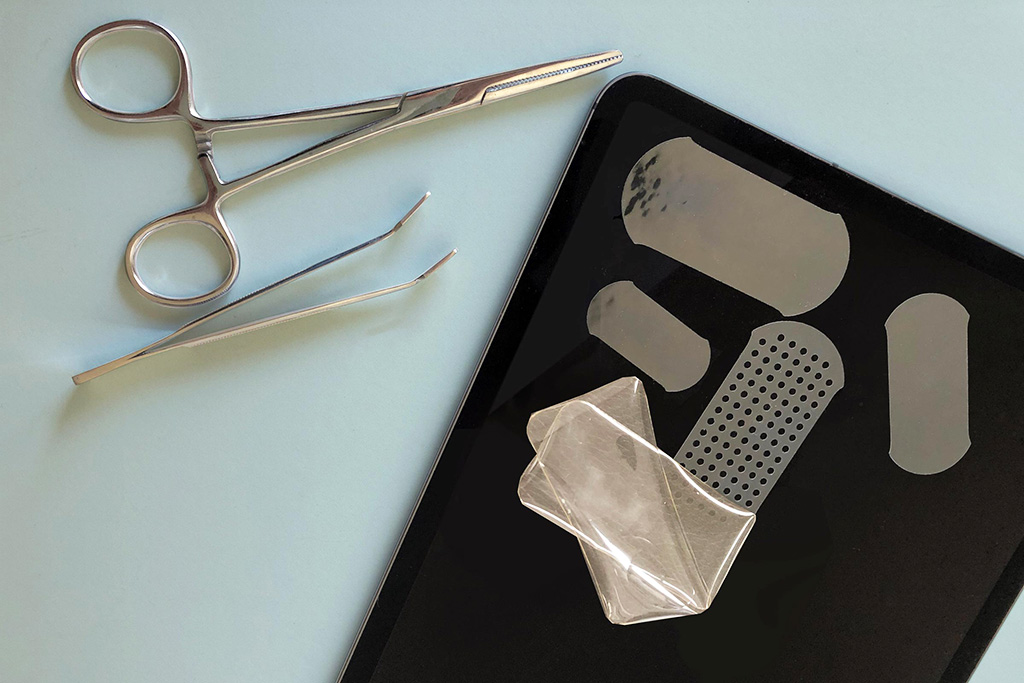 Researchers at the Massachusetts Institute of Technology (MIT, Cambridge, MA, USA), Harvard Medical School (HMS; Boston, MA, USA), and other institutions made the dry DST by combining a biopolymer (gelatin or chitosan) and a crosslinked polyacrylic acid grafted with N-hydrosuccinimide ester. The polyacrylic acid first absorbs water from wet tissues, forming weak hydrogen bonds and other weak interactions that temporarily hold both DTS and tissues together. The embedded NHS esters in the polyacrylic acid then form much stronger covalent bonds with proteins in the tissue, a process that takes about five seconds.

In mouse and rat models, the researchers showed that the DST can achieve strong adhesion between diverse wet dynamic tissues, such as the skin, small intestine, stomach, and liver. They also performed tests in pig lungs and trachea, which showed that they could rapidly repair damage to those organs. The researchers added that depending on the application the DST is being used for, its dissolution rate can be controlled by varying the ingredients. While gelatin tends to break down within a few days or weeks in the human body, chitosan can last up to a year. The study was published on October 30, 2019, in Nature.

“There are over 230 million major surgeries all around the world per year, and many of them require sutures to close the wound, which can actually cause stress on the tissues and can cause infections, pain, and scars,” said senior author MIT associate professor Xuanhe Zhao, PhD. “We are proposing a fundamentally different approach to sealing tissue. The tape could eventually replace surgical sutures, which don’t work well in all tissues and can cause complications in some patients.”

Two dry surfaces can instantly adhere upon contact with each other through intermolecular forces such as hydrogen bonds, electrostatic interactions, and van der Waals interactions. However, such instant adhesion is challenging when wet surfaces such as body tissues are involved, because water separates the molecules of the two surfaces, preventing interactions. In addition, existing liquid or hydrogel tissue adhesives suffer from several limitations, such as weak bonding, low biological compatibility, poor mechanical match with tissues, and slow adhesion formation.