Ontario to Modernize Hospital Infrastructure Across the Province 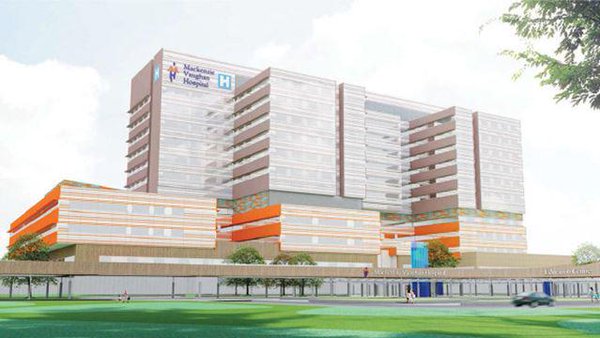 Image: A concept rendition of the Mackenzie Health Vaughan Hospital project (Photo courtesy of Zeidler Partnership Architects).
The Canadian province of Ontario has announced that it will implement a CAD 12 billion investment plan in hospital infrastructure over a period of ten years.

The health care infrastructure investments, part of the 2016 budget, will expand high-quality care access to 35 major hospital projects, which are under construction or in various stages of planning, such as the Mackenzie Health (Richmond Hill, ON, Canada) Vaughan Hospital project; a new Providence Care (Kingston, ON, Canada) hospital in Kingston; expansion and redevelopment at Cambridge Memorial Hospital (ON, Canada), and renovation of acute and long- term care beds at Atikokan General Hospital (Canada).

The province will also grant CAD 50 million in new annual funding to assist qualifying hospitals in the repair and maintenance of their facilities, and a further CAD 345 million increase in operational funding for hospitals during fiscal year 2017-2017. The hospital investment plan is part of long-term investment in public infrastructure, the largest in the province's history, totaling in all about CAD 160 billion over a 12-year period, and includes diverse projects such as roads, bridges, transit systems, schools, and hospitals.

“Making these important investments in hospitals will ensure patients get the high-quality health care they need—when they need it,” said Dr. Eric Hoskins, Minister of Health and Long-Term Care. “It is just one of the ways in which we are putting patients first, by improving the performance of our health care system while working to ensure it is sustainable to meet the future needs of Ontarians.”

“Throughout Ontario, hospitals are often viewed as organizations that play an important role in local communities,” said Anthony Dale, president and CEO of the Ontario Hospital Association (Toronto, ON, Canada). “Today’s announcement will allow for continued modernization of Ontario hospitals, ensuring that state-of- the-art facilities exist for all Ontarians. The Ontario Hospital Association applauds the government for its continued commitment to and investment in patient and client-centered care.”