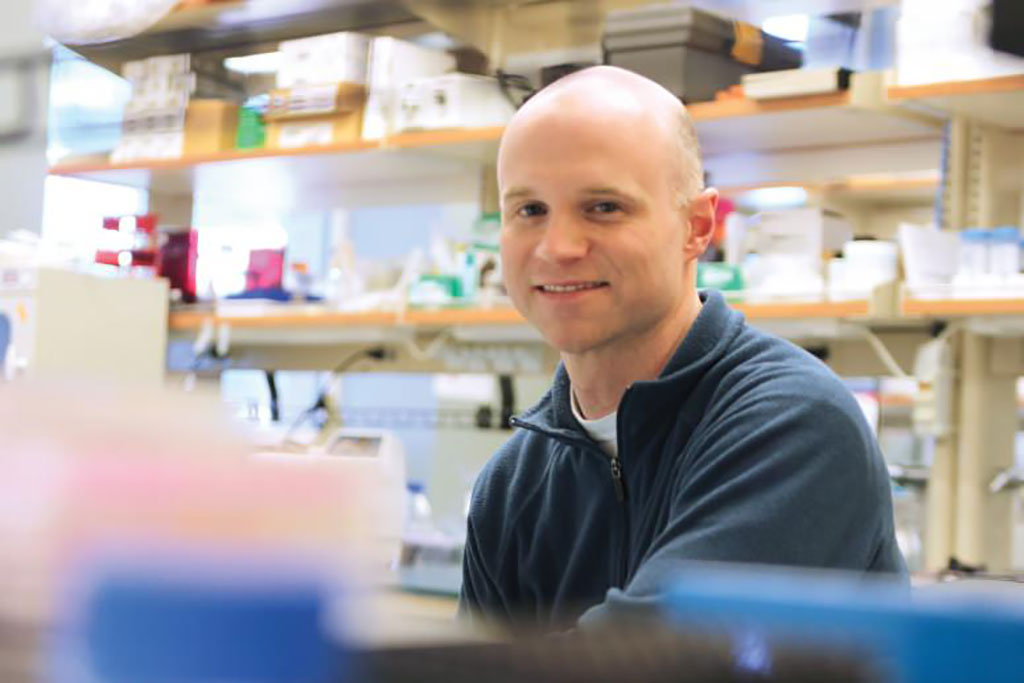 Image: William Murphy, a UW-Madison professor of biomedical engineering and orthopedics (Photo courtesy of University of Wisconsin-Madison)
Researchers have developed a safer and more efficient way to deliver a promising new method for treating cancer and liver disorders and for vaccination, including a COVID-19 vaccine being developed by Moderna Therapeutics that has advanced to clinical trials with humans.

The technology developed by researchers at the University of Wisconsin-Madison (Madison, WI, USA) relies on inserting into cells pieces of carefully designed messenger RNA (mRNA), a strip of genetic material that human cells typically transcribe from a person’s DNA in order to make useful proteins and go about their business. Problems delivering mRNA safely and intact without running afoul of the immune system have held back mRNA-based therapy, although UW-Madison researchers are making tiny balls of minerals that appear to do the trick in mice. The researchers used mineral-coated microparticles (MCMs), which are five to 10 micrometers in diameter, about the size of a human cell, in a series of experiments to deliver mRNA to cells surrounding wounds in diabetic mice. The wounds healed faster in MCM-treated mice, and cells in related experiments showed much more efficient pickup of the mRNA molecules than other delivery methods.

In a healthy cell, DNA is transcribed into mRNA, and mRNA serves as the instructions the cell’s machinery uses to make proteins. A strip of mRNA created in a lab can be substituted into the process to tell a cell to make something new. If that something is a certain kind of antigen, a molecule that alerts the immune system to the presence of a potentially harmful virus, the mRNA has done the job of a vaccine. The researchers coded mRNA with instructions directing cell ribosomes to pump out a growth factor, a protein that prompts healing processes that are otherwise slow to unfold or nonexistent in the diabetic mice (and many severely diabetic people).

The new study also paired mRNA with an immune-system-inhibiting protein, to make sure that the target cells did not pick the mRNA out as a foreign object and destroy or eject it. Successful mRNA delivery usually keeps a cell working on new instructions for about 24 hours, and the molecules they produce disperse throughout the body. However, because the MCMs are large enough that they don’t enter the bloodstream and float away, they stay right where they are needed to keep releasing helpful therapy. In the mice, that therapeutic activity kept going for more than 20 days.

“The more mRNA you deliver, the more therapeutic effect you get, but the more likely it is that you’re going to see toxic effect, too. So, it’s a trade-off,” said William Murphy, a UW-Madison professor of biomedical engineering and orthopedics. “What we found is when we deliver from the MCMs, we don’t see that toxicity. And because MCM delivery protects the mRNA from degrading, you can get more mRNA where you want it while mitigating the toxic effects.”