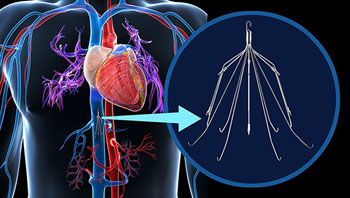 Researchers at Boston University School of Medicine (MA, USA) conducted a retrospective cohort study among 451 IVC recipients and 1,343 controls that underwent trauma care at Boston Medical Center between August 1, 2003, and December 31, 2012, in order to determine if IVC filter insertion in trauma patients affects overall mortality. Patients and controls were matched for age, sex, race/ethnicity, and injury severity score. The main outcomes and measures were hospital mortality and brain injury severity.

Patient characteristics and mortality data were analyzed in all patients and in those who survived 24, 48, and 72 hours after injury, as well as at hospital discharge. The results revealed that in-hospital deaths appeared to be reduced in patients who got an IVC filter (5.5% versus 22% for controls), and most of the mortality was tied to early complications from trauma. However, most of the deaths in the control group happened before IVC filters would have been placed, which occurred at a median of 72 hours after injury. Those who survived to 72 hours did not differ in mortality rates.

Among trauma patients who survived at least 24 hours after the time of injury, IVC filter use was not associated with a decrease in death rates, regardless of whether patients had deep vein thrombosis (DVT) or PE at the time of filter placement. The trend remained stable at six months and one year after discharge. The researchers commented that just 8% of the IVC filters were removed at during the follow-up period. The study was published on September 28, 2016, in JAMA Surgery.

“Overall, these data indicate that IVC filters should not be placed in trauma patients in an effort to decrease all-cause mortality,” concluded lead author Shayna Sarosiek, MD, and colleagues. “Given the expected morbidity of long-term IVC filter use, filters should be removed as soon as a patient's contraindication to anticoagulation resolves.”

Since the invention of the permanent percutaneous IVC filter in 1973 and the retrievable IVC filter in the 1990s, its use has become a standard part of treatment for select patients with acute lower-extremity venous thrombosis who cannot receive anticoagulation. Placement of an IVC filter is thus frequently considered in trauma patients because of the high risk of venous thromboembolism (VTE) associated with traumatic injury and the risks of anticoagulation in this population.