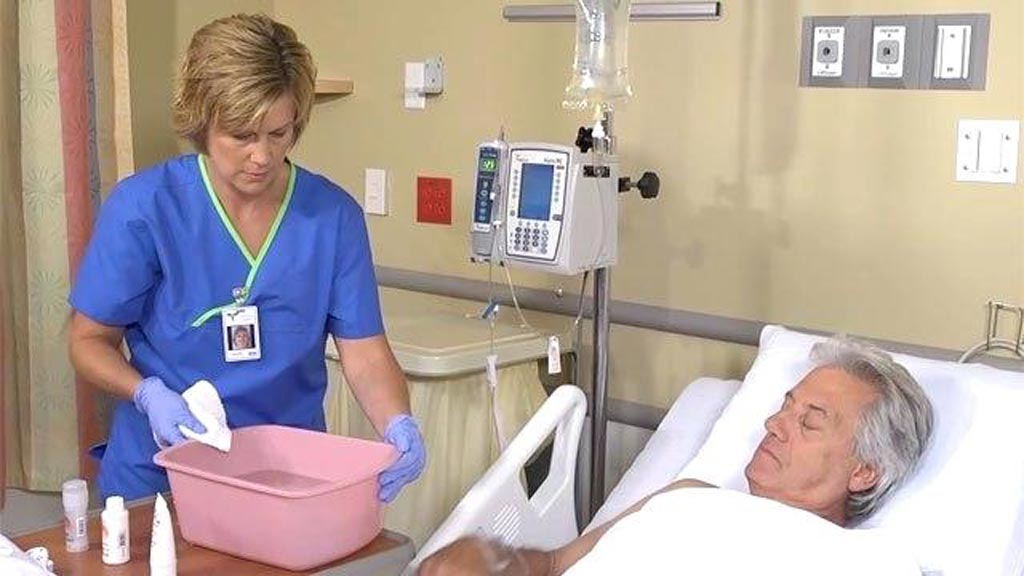 Image: A new study suggests that daily decolonization can reduce infections in catheterized patients (Photo courtesy of Alamy).
Daily bathing with antiseptic chlorhexidine soap and administration of the nasal antibiotic mupirocin reduces infection rates in patients with vascular catheters and drains, according to a new study.

Study participants included 339,902 patients (156,889 patients in the routine care group and 183,013 patients in the decolonization group) across 194 non-critical-care units in participating HCA hospitals. For the primary outcome of unit-attributable antibiotic-resistant clinical cultures, there were less than one percent adverse events. However, those patients with inserted medical devices, such as a central venous catheter (CVC), access ports, midline catheters, and lumbar drains, benefited from the combination intervention with chlorhexidine and mupirocin.

Among the specific subset of patients with inserted devices, the researchers recorded a 30% decrease in bloodstream infections and a nearly 40% decrease in infections with antibiotic-resistant bacteria, such as MRSA or Vancomycin-resistant Enterococcus faecalis (VRE), compared to the infection rates seen in similar patients that underwent standard bathing. As a result of the findings, the HCA Healthcare system will adopt the study's decolonization strategy as best practice in patients with inserted medical devices across nearly 180 hospitals. The study was published on March 5, 2019, in The Lancet.

“We didn’t see an overall impact for house-wide decolonization, unlike what we have seen in ICU trials; but we do report a very large and significant benefit in the higher-risk patients who had devices,” said lead author Professor Susan Huang, MD, of UCI. “While they represented only twelve percent of the total non-ICU patient population, patients with devices accounted for 37% of MRSA and VRE clinical cultures, and more than half of all bloodstream infections.”

Chlorhexidine is a disinfectant and antiseptic that may be used both to disinfect the skin of the patient and the hands of the healthcare providers. Chlorhexidine salts dissociate and release the positively charged chlorhexidine cation molecule, which causes a bactericidal effect by binding to negatively charged bacterial cell walls. At low concentrations, a bacteriostatic effect occurs; at high concentrations, membrane disruption results in cell death. It can be applied topically as a gel, wash, or powder.