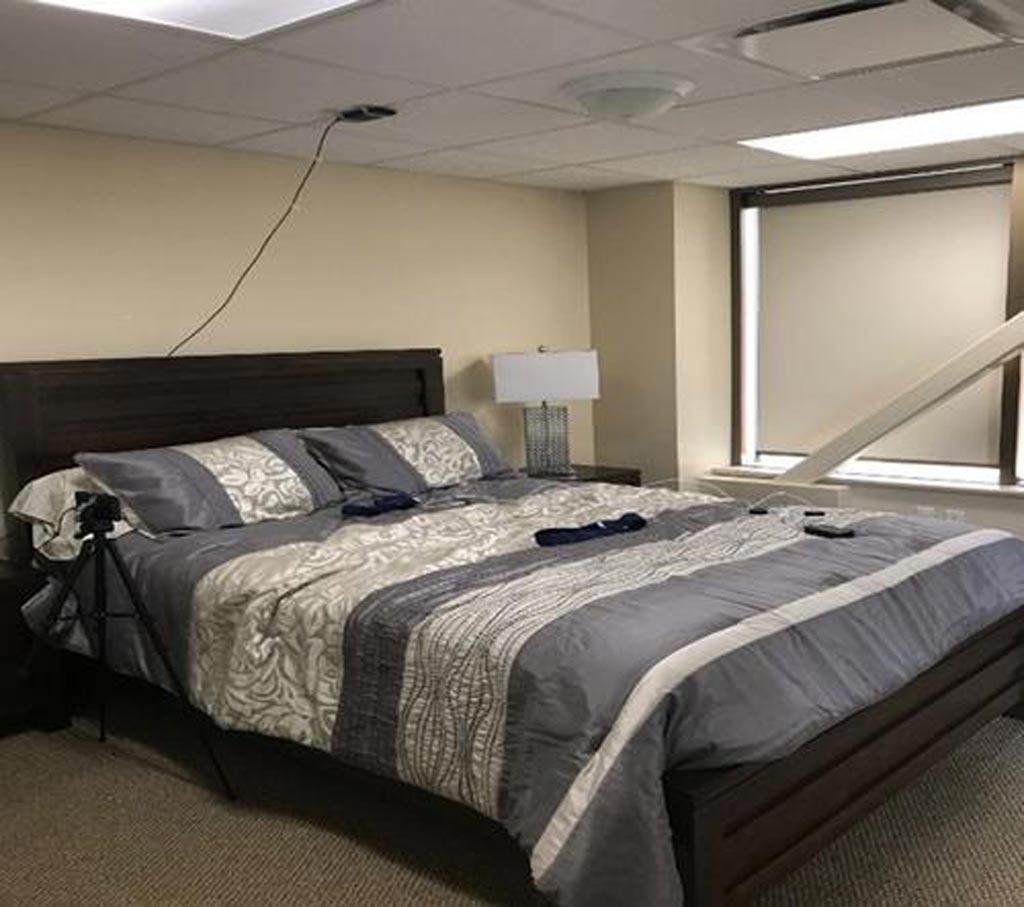 Developed by researchers at the University of Waterloo (UW; Canada) and the University of Campinas (Brazil), the cell phone-sized FMCW radar operates at the 77 GHz waveband, collecting and analyzing data from reflected radar waves in a standard bedroom environment. Using sophisticated algorithms and advanced phase unwrapping manipulation software embedded in an onboard digital signal processing unit, the device can detect and differentiate between the subtle chest movements resulting from cardiac pulse beat and respiratory breathing rates.

In a study at the UW Research Institute for Aging, the radar unit was mounted to the ceiling over the bed of 50 volunteers as they slept normally in a model long-term care apartment. The volunteers were also connected to a reliable wired reference sensor for comparison purposes. The results showed a 94% correlation for breathing and an 80% correlation for pulse rates between the reference sensor and radar estimates. The authors suggest the system can also be used to monitor sleep apnea, seizures, periodic limb movement disorder, restless leg syndrome, and other issues. The study was published on April 23, 2019, in IEEE Access.

“With traditional systems involving wires and appointments booked weeks in advance, you can't sleep as you normally do in your own bed at home, making the common sleep study an unpleasant experience,” said study co-author professor of electrical, computer, and mechanical engineering George Shaker, PhD, of UW. “We take the whole complex process and make it completely wireless. And instead of a clinic, it could be done in the comfort of your own bed and run daily for continuous monitoring.”

Radar systems consist of a transmitter producing electromagnetic (EM) waves in the radio or microwave domain, transmitting and receiving antennas, and a receiver and processor. The radio waves (pulsed or continuous) reflect off an object and return to the receiver, providing information on its location and speed. EM radars have shown potential for remote health monitoring by sensing biologic signals in a more comfortable and easier way than wearable and contact devices.