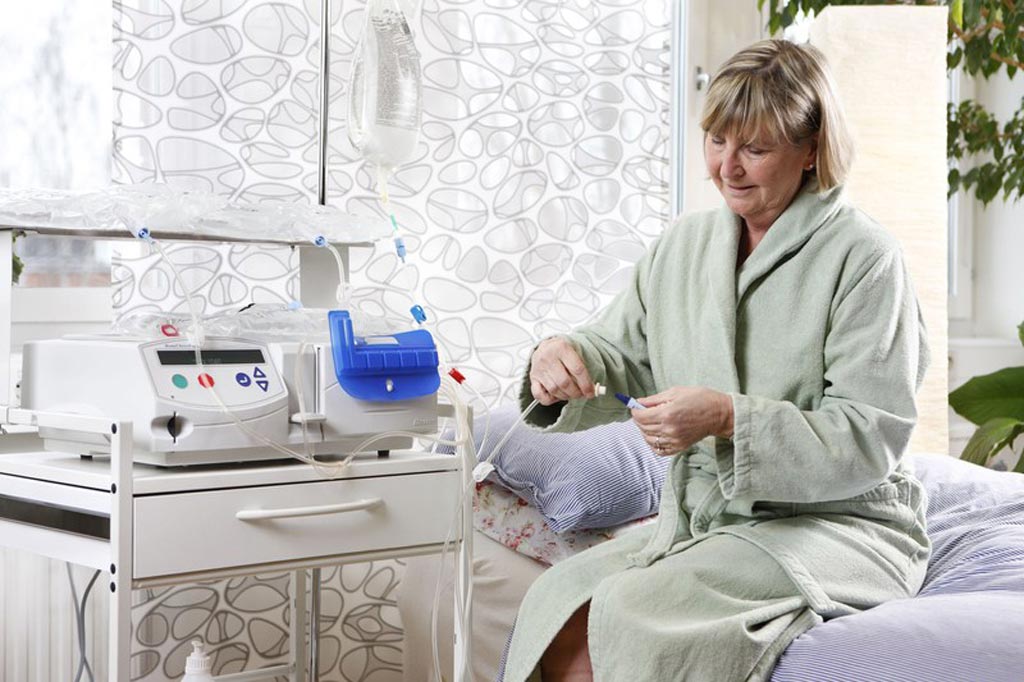 Researchers at San Bortolo Hospital (Vicenza, Italy), Ghent University (Belgium), Fresenius (Bad Homburg, Germany), and other institutions conducted a prospective cohort study in 135 study centers from 28 countries, involving 1,054 patients on PD who were enrolled just before actual treatment was started. Volume status was measured via bioimpedance spectroscopy before start of PD and thereafter in three-month intervals, together with clinical and laboratory parameters. The main outcome was association of volume overload with time to death.

The results revealed that volume overload amounted to 1.9±2.3 liters before start of PD, and decreased to 1.2±1.8 liter during the first year; the improvement in volume overload over time was associated with survival. A relative volume overload higher than 17.3% was independently associated with higher risk of death, and at all time points, men and patients with diabetes were at higher risk of volume overload. In addition, dropout from PD during the three years of observation by transfer to hemodialysis (23%) or transplantation (22%) was more prevalent than death (13%). The study was published on May 23, 2019, in the Clinical Journal of the American Society of Nephrology.

“Volume overload tended to improve from baseline over six months, and stabilized afterward. It is difficult to determine whether this is a true improvement, a regression to the mean, or selection bias by informative dropout of those who are volume overloaded,” concluded lead author Wim Van Biesen, MD, PhD, from Ghent University Hospital, and colleagues. “The results also indicate a variation in PD-related practices across regions, with an effect on volume status and dropout from PD.”

PD uses the peritoneum as membrane through which a dialysate solution of sodium chloride, hydrogen carbonate, and an osmotic agent such as glucose are exchanged with the blood. It is used to remove excess fluid, correct electrolyte problems, and remove toxins in those with kidney failure. The two most common types of PD are continuous ambulatory PD (CAPD) and continuous cycler-assisted PD (CCPD).