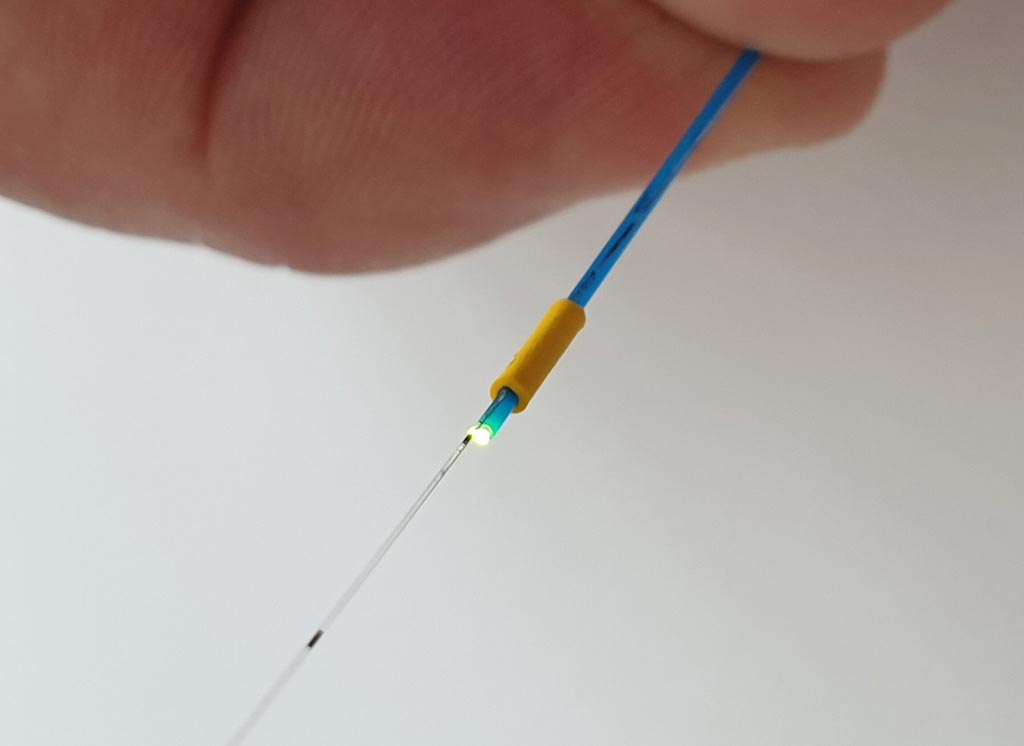 Developed by researchers at Flinders University (Adelaide, Australia), the micro-medical continuous cardiac flow monitor combines a Bragg optical grating sensor and illumination from a 565 nm light‐emitting‐diode (LED) that also heats the blood. The fiberoptic probe measures the resulting variations in pulsatile blood flow due to the fluctuations in temperature, as detected by the Bragg grating sensor. The probe was tested at different flow rates (20-900 mL/min) in a simulated pulsatile cardiac circulation setup, with data compared to an in‐line time of flight ultrasound flow sensor.

The results showed that the optical and ultrasonic signals correlated with Pearson coefficients ranging from −0.83 to −0.98 (dependent on the pulsatile frequency), and that the average flow as determined by ultrasound and the optical fiber sensor showed a parabolic relationship. A similar response resulted following abrupt step changes in flow induced by occlusion and release of the circuit tubing. According to the researchers, the sensor-catheter device could deliver accurate blood flow information in critically ill patients, from pre-term babies, to cardiac bypass patients. The study was published on May 18, 2019, in the Journal of Photonics.

“The proof-of-concept prototype is potentially a low-cost device which has passed initial testing in a heart-lung machine,” said lead author Albert Ruiz‐Vargas, PhD. “It can be inserted through a small keyhole aperture in the skin into the femoral artery in individuals where heart function is compromised, and is so small it can even measure small changes in flow in the tiny blood vessels of infants. It's a simple design, which can give readouts similar to a pulsating heartbeat response on a laptop or nearby screen.”