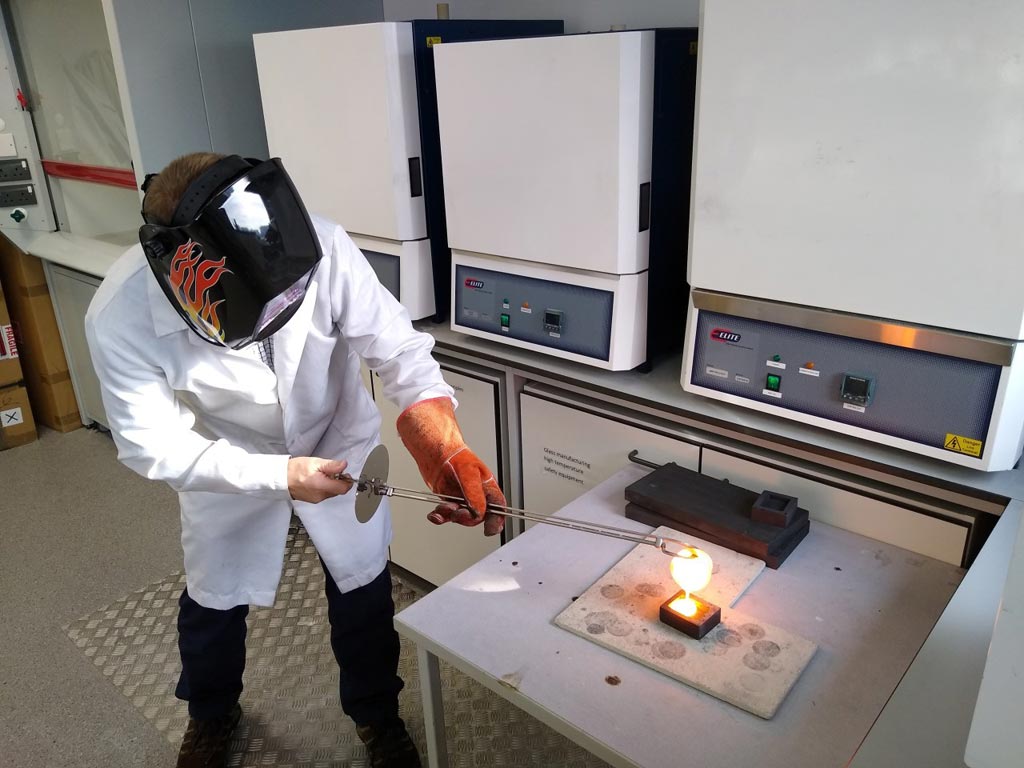 To develop the new catheter coating, researchers at Aston University (Birmingham, United Kingdom) heated phosphate-based glass rods (P2O5)50(Na2O)20(CaO)30 in a furnace to over 1,000°C, before slowly cooling them down to room temperature. The rods were then separated into small discs and placed into contact with bacteria in petri dishes. The rods were laced with ZnO in various concentrations order to determine the antimicrobial effects of increasing ionic degradation. They found that while 1 and 3 mol% ZnO decreased glass degradation, a higher dissolution rate was observed for 5 and 10 mol%.

They found that the higher the ZnO concentration, the larger the effect against microorganisms known to cause hospital-acquired infections (HAIs). When in direct contact, the ZnO-doped glasses showed a complete kill within 24 hours against Escherichia coli, and a significant kill rate of methicillin-resistant Staphylococcus aureus (MRSA), with complete kill achieved after 48 hours. Cytotoxic studies showed no toxic effects on the viability of uroepithelial cells. The study was published in the October 2019 issue of Materials Science & Engineering C.

“Zinc oxide coated phosphate glass, inserted into catheters, has to potential to eradicate the most common bacteria in catheter-associated UTI, E.coli and Staphylococcus aureus,” said senior author Richard Martin, PhD, of the School of Engineering and Applied Science. “This is great news for patients requiring catheters, who would be at a much-reduced risk of contracting a potentially life-threatening UTI during a hospital stay. It is also good for healthcare systems, which could save millions in the costs associated with these infections.”

A UTI is an infection involving any part of the urinary system, including urethra, bladder, ureters, and kidney. Among UTIs acquired in the hospital, approximately 75% are associated with a urinary catheter inserted into the bladder through the urethra to drain urine, which are indicated in between 15-25% of hospitalized patients. The most important risk factor for developing a catheter-associated UTI (CAUTI) is prolonged use of the urinary catheter.