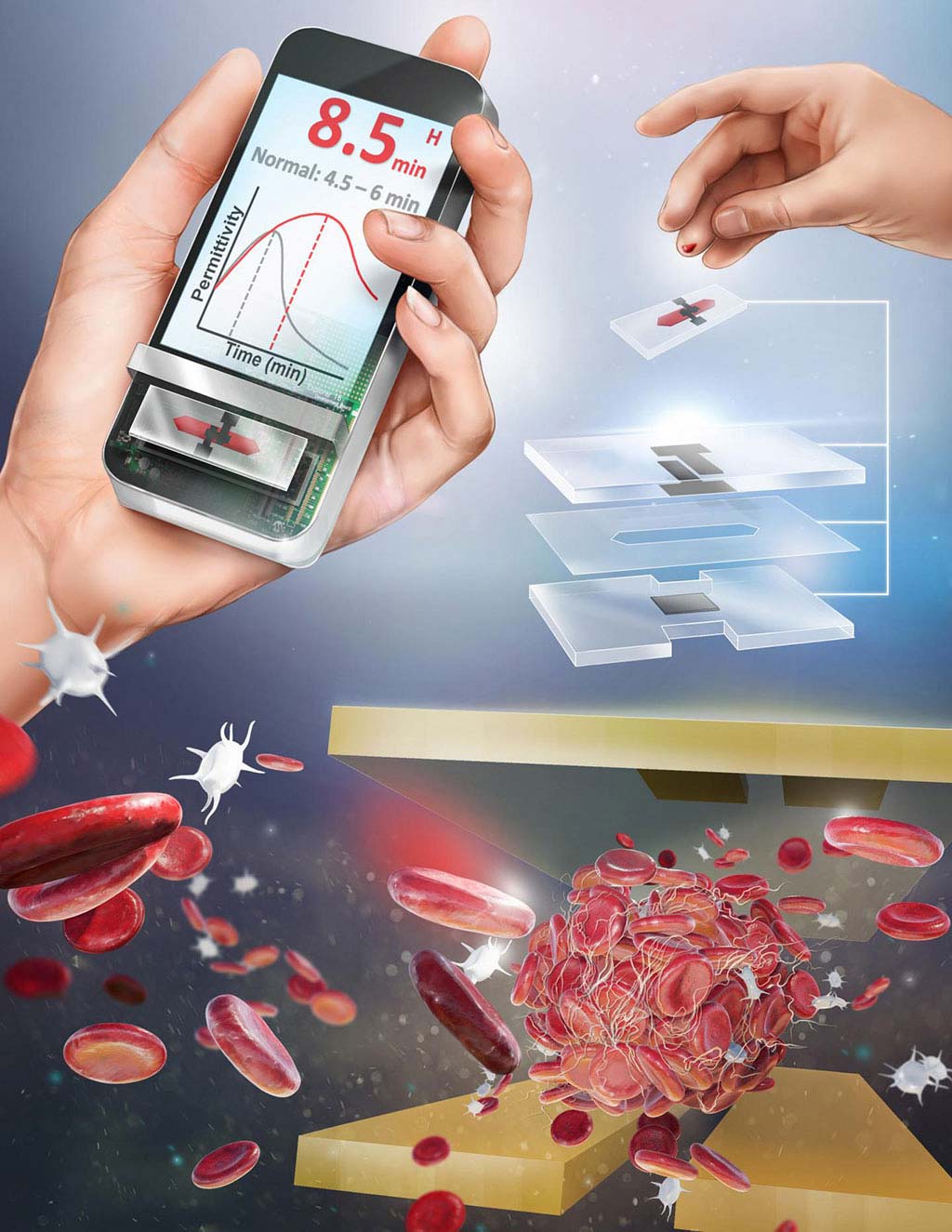 The XaTek (Cleveland, OH, USA) ClotChip device is a handheld system that measures a patient's bleeding risk profile at the point of care (POC) from a single drop of blood, and is sensitive to the entire hemostatic process, including platelet disorders. The primary market of the device, which has received FDA breakthrough device designation, are users of target specific oral anticoagulants (TSOACs), which work by blocking thrombin directly or by blocking factor Xa within the coagulation cascade, as well as people suffering from the congenital bleeding disorder Hemophilia (both A and B).

The technology behind the microsensor is based on dielectric spectroscopy, which applies an external electric field to the drop of blood, and then quantitatively measures the impedance within the biologic fluid. The measurements produced directly correlate to the coaguability of the blood clot, which can then be translated into a recognizable measured scale. ClotChip, which is enabled for both WiFi and Bluetooth wireless communication, can also upload the data to the electronic medical record (EMR). The original technology was developed at Case Western Reserve University (Cleveland, OH, USA).

“Once commercially available, this device will fulfill a critical and unmet clinical need for the newer generation of drug therapies known as direct oral anti-coagulants, for which there is no point-of-care test available today,” said John Zak, co-founder and CEO of XaTek. “We intend to pursue additional indications for use in the near future, potentially including patients on other anti-coagulant therapies, those with hemophilia and other rare bleeding conditions, and those with trauma-related indications.”

Hemophilia, which is found almost only in men, is caused by a defect in the F8 or F9 gene. The most common type is hemophilia A, due to a lack of clotting factor VIII. Hemophilia B, which is less common, is caused by a lack in factor IX. Hemophilia is currently treated with infusions of the missing factors to prevent or stop debilitating bleeds, but treatment is expensive and scarce in many countries. Lack of treatment leads to chronic, disabling joint disease, while bleeding into organs and brain hemorrhages can lead to disability and death.