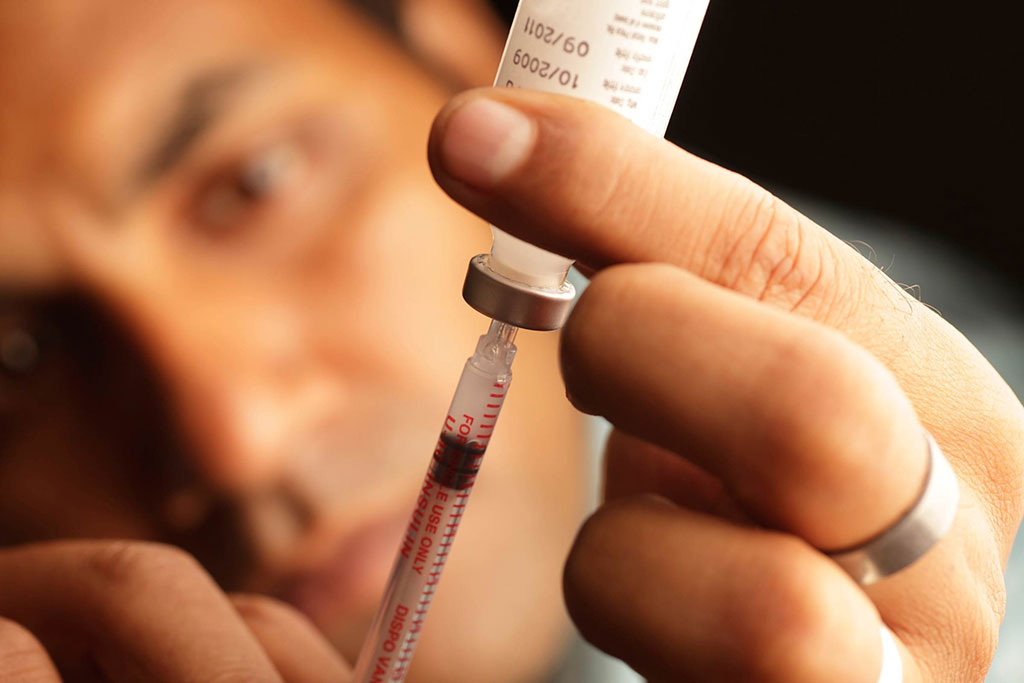 Image: Once weekly insulin could transform T2D treatment (Photo courtesy of Getty Images)
A basal insulin analogue designed for once-weekly administration has a glucose-lowering efficacy and a safety profile similar to daily insulin in patients with type 2 diabetes (T2D), according to a new study.

Researchers at the University of Texas Southwestern Medical Center (UT Southwestern; Dallas, TX, USA), Novo Nordisk (Søborg, Denmark), and other institutions conducted a phase 2 trial of the once-weekly insulin icodec, as compared with the once-daily insulin glargine U100 in 247 patients (randomized on a 1:1 basis) who had not previously received long-term insulin treatment, and whose T2D was inadequately controlled under metformin. The primary end point was change in glycated hemoglobin level (HbA1C) from baseline to week 26.

The mean baseline HbA1C level was about 8% in both groups, with the estimated mean change from baseline level at −1.33% in the icodec group and −1.15% in the glargine group, to estimated means of 6.69% and 6.87%, respectively, at week 26. Mild hypoglycemia was more common with icodec than glargine, but rates of moderate/clinically significant hypoglycemia and severe hypoglycemia did not differ significantly. Most adverse events were mild, and no serious events were deemed to be related to the trial medications. The study was published on September 22, 2020, in the New England Journal of Medicine (NEJM).

“Icodec binds to albumin to create a circulating depot with a 196-hour half-life, so the once-weekly injection is designed to cover an individual's basal insulin requirements for a full week, with steady insulin release,” said lead author Julio Rosenstock, MD, of UT Southwestern. “It could potentially improve acceptance and likely would facilitate management in T2D patients needing basal insulin, and I think it will be transformational in the way we manage people with T2D requiring insulin.”

Insulin is a peptide hormone naturally produced by β cells of the pancreatic islets. It is important for the metabolism of carbohydrates, fats, and protein by promoting the absorption of glucose from the blood. Type 1 diabetes (T1D) occurs when a person’s body does not naturally produce insulin; T2D occurs when the body does not efficiently use the insulin that is produced. In either case, a regular dosage of insulin is prescribed to manage the disease, which affects more than 400 million people worldwide.