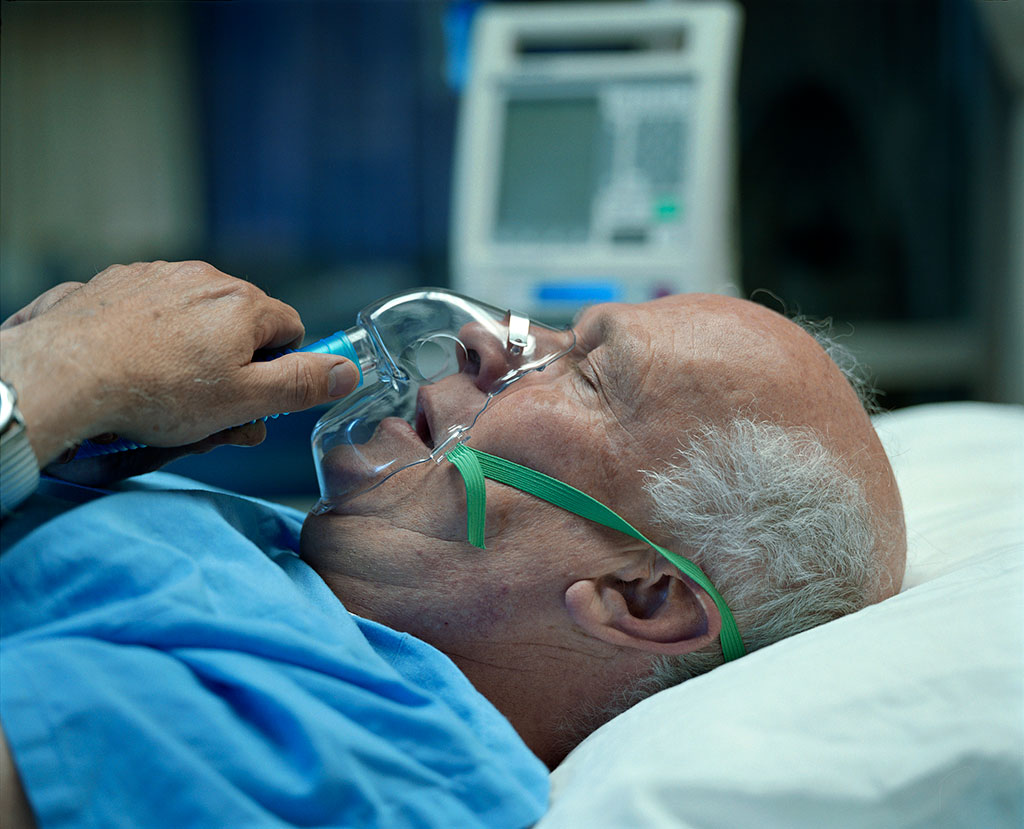 Image: Too much Oxygen can lead to increased mortality in hospitalized patients (Photo courtesy of Getty Images)
Reducing the fraction of inspired oxygen (FiO2) may be beneficial to mechanical ventilation patients vulnerable to hyperoxia, according to a new study.

A review of medical literature on the topic of hyperoxia by a researcher at Mount Sinai Beth Israel (New York, NY, USA) suggests that post-resuscitation hyperoxia is associated with increased in-hospital mortality. The study population were divided into three groups – hypoxic, normoxic (PaO2 of 60-299 mm Hg), and hyperoxic. The study found that mortality was 63% in the hyperoxic group, 57% in the hypoxic group, and 45% in the normoxic group. A second study showed increased mortality in a conservative oxygen group (34%) compared to standard therapy (27%), which led to a premature stoppage of the trial.

Another single-center trial of 434 critical care patients with an intensive care unit (ICU) length of stay of 72 hours or longer found that patients assigned to receive conservative oxygen therapy had significantly lower mortality than the ones who received usual care following cardiac arrest. The researchers of that study hypothesized a two-hit model that suggests worsening ischemia with reperfusion injury after the initial hypoxic event. The review of studies was presented at the annual conference of the Society of Hospital Medicine (SHM), held online during May 2021.

“Hyperoxia in mechanical ventilation is a topic that's near and dear to my heart. You can always find 'wean down FiO2' in my consult notes,” said review presenter Lina Miyakawa, MD. “In medical school we were taught to give oxygen for anybody with chest pain and concern about acute coronary syndrome. This was until recent data suggested harm from liberal oxygen use. In my opinion, avoiding excess oxygen seems sensible.”

Hyperoxia has multiple clinical effects on lung physiology and gas exchange that include worsening hypoxemia secondary to absorptive atelectasis and damage to the airways and lung parenchyma. It can also lead to accentuation of hypercapnia as explained by the Haldane effect (a reduction of the affinity for carbon dioxide (CO2)). High oxygen levels can also decrease the hypoxic drive for ventilation leading to worsening hypercapnia. Hyperoxia is routinely encountered, usually from overzealous attempts to prevent or reverse hypoxia.