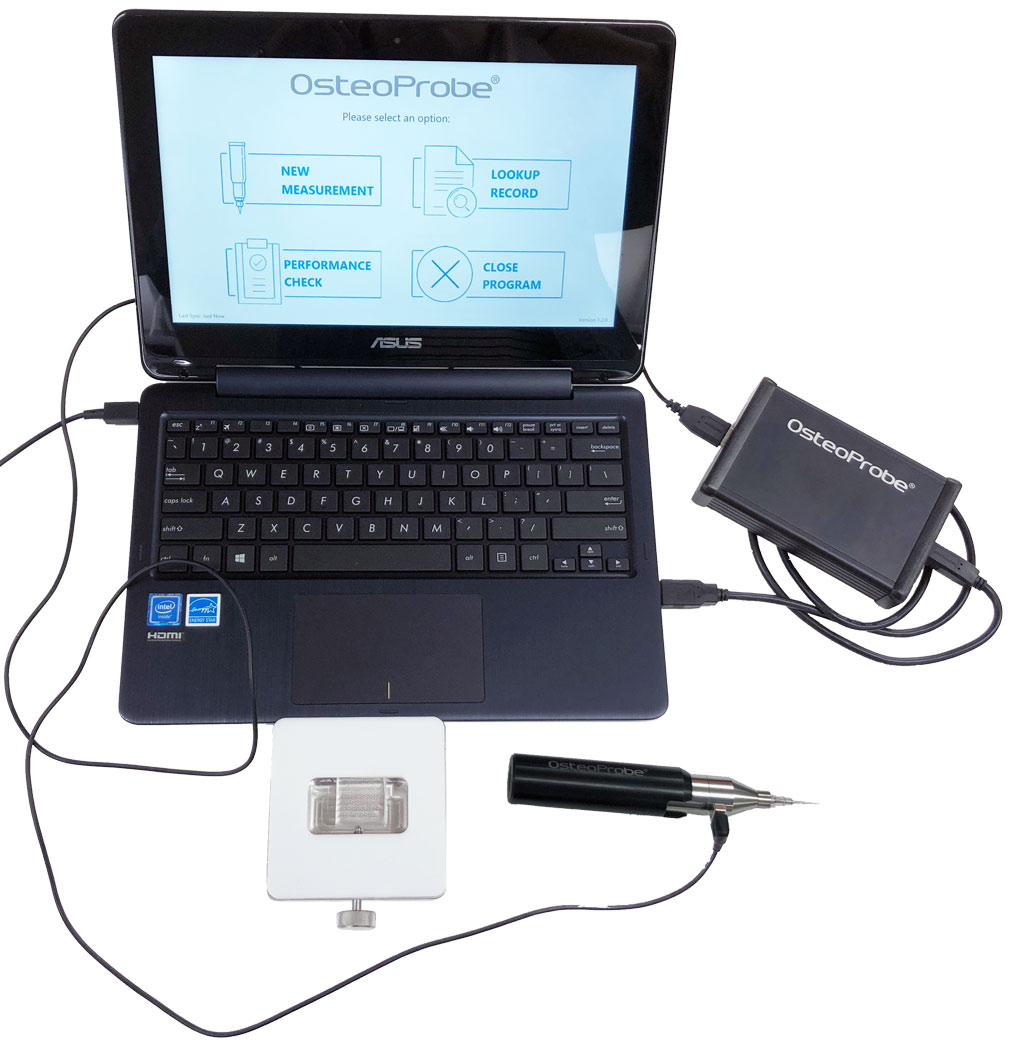 “There's a difference between how much bone you have, or density, and how good your bone tissue is. Most patients who suffer a fracture due to fragile bones do not have osteoporotic bone density,” said Professor Paul Hansma, PhD, who invented the technology behind the OsteoProbe. “The Bone Score test quantifies how bone tissue resists a physical challenge, on a safe, microscopic level, and provides previously unavailable data for physicians to consider when investigating the quality of a patient's bone.”

“It's been decades since a new measurement method was introduced to the field of osteoporosis, as DEXA and ultrasound technologies have been widely used since the 1990s. New clinical tools are desperately needed to understand the health of our bones,” said Peter Burks, CEO of ALSI. “Many diseases have a library of measurement tools available, but bone health management remains mostly limited to radiation-based imaging technologies. Physical interaction with bone tissue unlocks a previously unavailable data stream for physicians to consider when evaluating their patients.”

RPI testing is based on the Mohs scale of mineral hardness, in which materials are ranked according to what they can scratch and are, in turn, scratched by. During the course of indentation, a record of the depth of penetration is made, and then the area of the indent is determined using the known geometry of the indentation tip. These values can be plotted to create a load-displacement curve, which can be used to extract more sophisticated mechanical properties of the material.