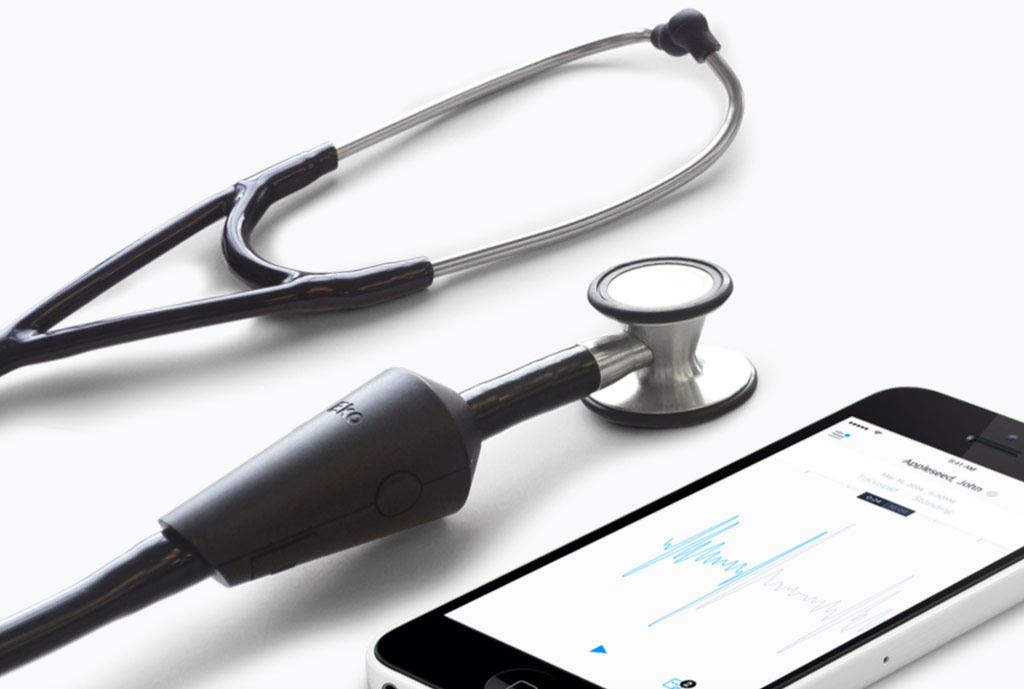 The Eko Core digital stethoscope enables remote clinical examination in any location, from a patient in their own home, to a paramedic in an ambulance or a care worker in a residential setting. The Eko Core stethoscope can be switched between analogue and digital modes, and can be sold either as a complete digital setup or as a digital conversion attachment for upgrading traditional Littmann Cariology III-style analog stethoscopes. Features include x40 sound amplification and noise reduction capabilities.

Using a Bluetooth-connected mobile app, clinicians can study a visual representation of the heart sound waveform, save the heart sounds directly to a patient’s electronic health record (EHR), and securely collaborate with a cardiologist for a second opinion. The Eko Core is a product of Eko Devices (Berkley, CA, USA), and has received both the European Community CE mark of approval and the approval of the U.S. Food and Drug Administration (FDA).

“As many as 80% of internal medicine residents misdiagnose common murmurs with their stethoscope, so the idea was to build a ‘smart stethoscope’ to assist clinicians in their decision-making process,” said Connor Landgraf, CEO and co-founder of Eko. “Given the million heart disease patients in the UK, this has tremendous potential to help clinicians who are less specialized in cardiovascular medicine to detect and manage heart problems, saving significant NHS resources.”

“I use the Eko stethoscope in my GP surgery daily, it switches seamlessly between analogue and digital, the amplification works well, and the ability to share information with patients is really interesting aspect,” said digital healthcare innovator Keith Grimes, MD. “I had a mother who was concerned her son had a heart murmur; using the digital stethoscope connected to my phone she was able to hear it and be reassured that it was normal.”