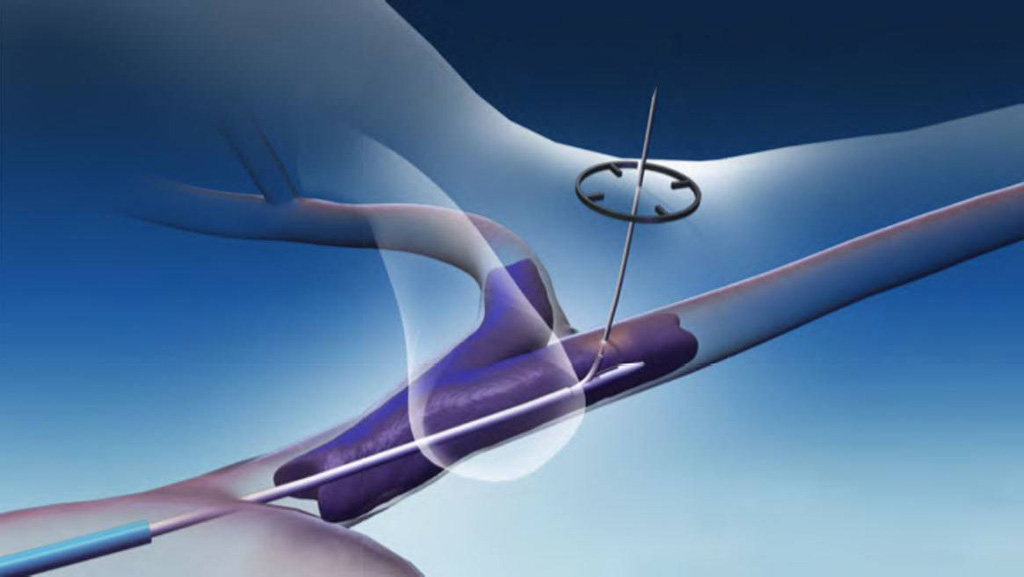 The Bluegrass Vascular (San Antonio, TX, USA) Surfacer System is inserted through the right femoral vein, and then threaded through the patient's venous system to an exit point in the right internal jugular vein. A CVC can then be reliably placed into the right atrium, using the Surfacer itself as a guide under fluoroscopic image guidance. This “inside-out” approach allows time for the placement and maturation of a permanent arteriovenous fistula (AVF), improving patient outcomes and reducing cost of care for both hospitals and hemodialysis providers.

Added benefits of the “inside-out” approach include preserving the viability of secondary central veins for potential future use, and avoidance of the need for left-side catheter placement, which consequently enables maturation of permanent AVF access options in the left arm, while minimizing unnecessary access-related procedures and complications.
“The idea for the Surfacer System was born from seeing many patients with obstructed central venous systems who needed methods for life-saving vascular access,” said John Gurley, MD, founder of Bluegrass Vascular and developer of the Inside-Out concept. “The novel inside-out approach is an innovative and simple method that restores and preserves right-sided venous access, despite chronic occlusion, and retains the viability of other existing central veins.”

While AVFs are the preferred form of vascular access in most hemodialysis patients, thoracic CVCs still serve as an important treatment bridge until securing long-term AVF access. But obstructions occur in 40% of patients where hemodialysis is performed via a CVC. The current approach for most patients with central venous obstructions is to use an alternative vein, which reduces the ability to place and mature a functioning fistula, resulting in increased catheter days and costs.