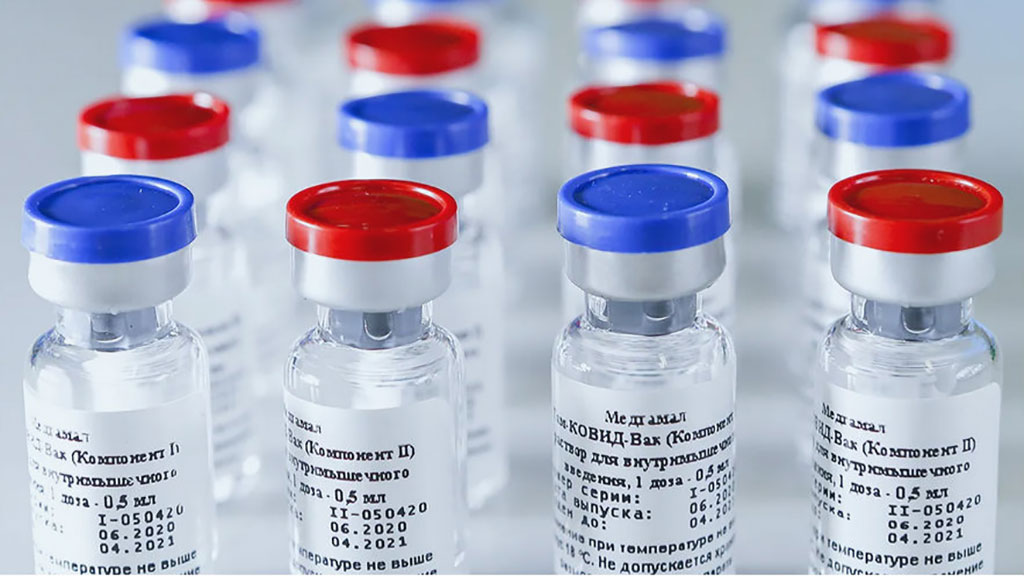 Russia’s Sputnik V COVID-19 vaccine was developed by the Gamaleya Institute of Epidemiology and Microbiology (Moscow, Russia) and is the world’s first registered vaccine against coronavirus based on a well-studied platform of human adenoviral vectors. Gamaleya Center experts have once again confirmed the high efficacy of the Sputnik V vaccine. Evaluation of efficacy was carried out among volunteers 28 days after receiving the first dose (seven days after the second dose) of the vaccine or placebo upon reaching the second check point of the trial in compliance with the clinical trial protocol. The analysis demonstrated a 91.4% efficacy rate for the Sputnik V vaccine.

According to the protocol of Phase 3 clinical trials of the Sputnik V vaccine, its interim efficacy is calculated at three statistically significant representative check points - upon reaching 20, 39 and 78 cases of novel coronavirus infection among volunteers both in the placebo group and in the group that received the vaccine. The second interim analysis of the Sputnik V vaccine efficacy was carried out on the basis of 39 confirmed cases identified in the placebo group (31 cases) and in the vaccine group (eight cases). The ratio of the placebo group to the vaccinated group is one to three.

The uniqueness of the Russian vaccine lies in the use of two different vectors based on the human adenovirus, which allows for a stronger and longer-term immune response as compared to vaccines using one and same vector for two doses. So, preliminary data on volunteers on the 42nd day after the first dose (equivalent to 21 days after the second dose), when they have already formed a stable immune response, indicates the efficacy rate of the vaccine is above 95%. The next interim data analysis will be conducted upon reaching the third check point of 78 confirmed coronavirus cases among the study participants. Final data analysis will be available by the end of Phase 3 clinical trials.

As of November 24, more than 22,000 volunteers were vaccinated with the first dose and more than 19,000 volunteers with the first and the second dose of the vaccine at 29 medical centers in Russia as part of the ongoing clinical trials. Currently Phase III clinical trials are approved and are ongoing in Belarus, the UAE, Venezuela and other countries, as well as Phase 2-3 in India. As of November 24, no unexpected adverse events were identified as part of the research. Some of those vaccinated had short-term minor adverse events such as pain at the injection point and flu-like symptoms including fever, weakness, fatigue, and headache.

Meanwhile, the Russian Direct Investment Fund (RDIF, Russia’s sovereign wealth fund), has announced that the cost of the Russian Sputnik V vaccine for international markets will be less than USD 10 per dose starting from February 2021, which will be less than USD 20 for the two doses necessary to vaccinate one person. This will make Sputnik V two or more times cheaper than vaccines based on mRNA technology with similar efficacy rates. Currently, RDIF and partners have launched production of the lyophilized (dry) form of the vaccine, which is stored at a temperature of +2 to +8 degrees Celsius. Such a regime enables the distribution of the vaccine in international markets, as well as expanding its use in hard-to-reach regions, including areas with tropical climates.

“It is very important that the second interim efficacy analysis of Sputnik V has confirmed our findings from the first stage and shown its efficacy at 91-92%,” said Alexander Gintsburg, Gamaleya Center Director. “Let me stress that the second analysis was conducted a week after volunteers got the second dose, meaning that their bodies have partially reacted to both doses. We expect the efficacy rate to be even higher based on the data three weeks after the second immunization when the body’s strongest and most stable response is achieved. We plan to conduct the third interim data analysis after 78 confirmed coronavirus cases among volunteers and we have every reason to believe that the results will exceed our initial expectations. The drug’s final efficacy assessment will be made available after Phase 3 clinical trials are concluded.”

Gamaleya Institute of Epidemiology and Microbiology