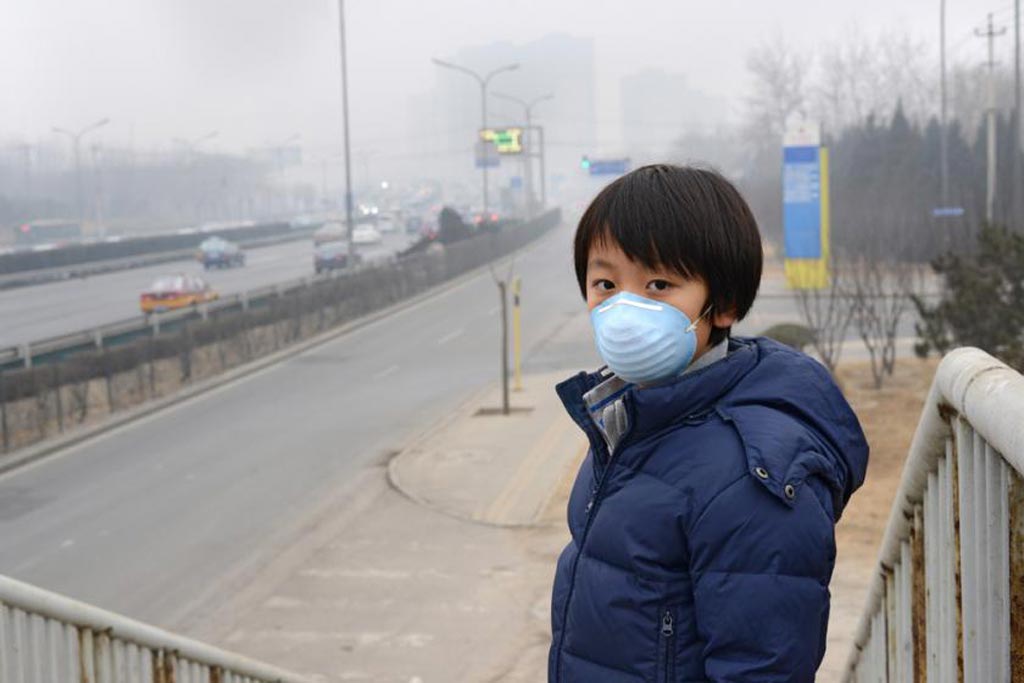 Image: Air pollution in China is much higher than in western countries (Photo courtesy of Shutterstock).
A new study confirms that as exposure to urban fine particulate air pollution increases, so does deaths from cardiovascular and respiratory diseases.

Researchers at Fudan University, the Chinese Center for Disease Control and Prevention, Emory University, and other institutions conducted an epidemiological study in 272 Chinese cities between 2013 and 2015 in order to evaluate short-term associations between fine particulate (PM2.5) and daily cause-specific mortality. City-specific effects of PM2.5, exposure-response relationship curves, and potential effect modifiers were also evaluated.

The results showed that the average of annual-mean PM2.5 concentrations in each city was 56 µg/m3, well above the World Health Organization (WHO) air quality guidelines of 10 µg/m3; each additional 10 µg/m3 increase in daily PM2.5 concentrations was associated with increments of 0.22% in mortality from total non-accidental causes, 0.27% from cardiovascular diseases, 0.39% from hypertension, 0.30% from coronary heart disease (CAD), 0.23% from stroke, 0.29% from respiratory diseases, and 0.38% from chronic obstructive pulmonary disease (COPD).

Other findings were that mortality was significantly higher among people age 75 and older, and among those with lower levels of education. The study suggests a weaker association between PM2.5 and mortality than studies conducted in Europe and North America, which could indicate that particulate pollution contents in China may be less toxic than those in other countries, possibly because crustal dust from arid lands and construction make up more of PM2.5 in China. The study was published on February 9, 2017, in the American Journal of Respiratory and Critical Care Medicine.

“Our findings may be helpful to formulate public health policies and ambient air quality standards in developing countries to reduce the disease burden associated with PM2.5 air pollution,” said study co-author professor of public health Haidong Kan, MD, of Fudan University. “Further massive investigations, especially looking at the long-term effect studies, are needed to confirm our results and to identify the most toxic components of PM2.5 in China.”