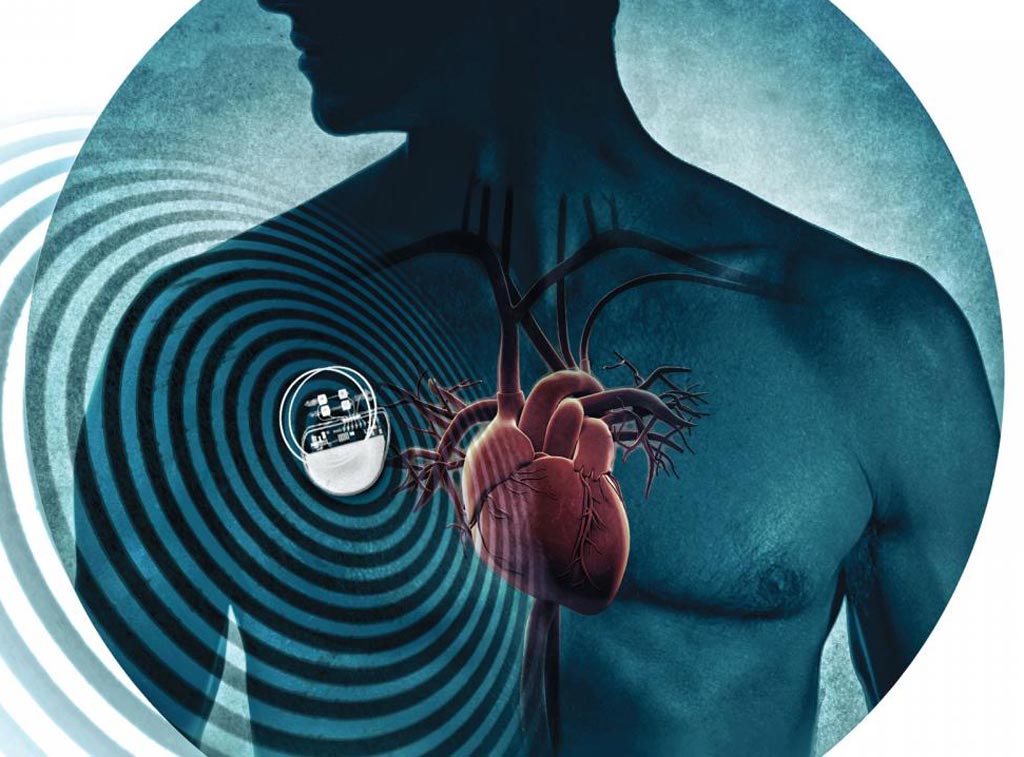 Image: A new study shows pacemakers are susceptible to interference from electromagnetic (EM) fields emitted from personal electronics, household appliances, and power lines (Photo courtesy of Shutterstock).
Researchers at the German Social Accident Insurance Institution and RWTH Aachen University conducted a study that subjected 119 individuals with pacemakers to stepwise increases in EM exposure in order to test pacemaker function. Exposure was tested under several worst-case scenario conditions: whole-body exposure, maximal inspiration, and sustained pacing. Interference was defined as a sensing failure (both over- or under-sensing) by the pacemaker.

The researchers found that the interferences occurred mainly with frequencies of 50 and 60 Hz, which encompass the worldwide power grid standard frequencies. Examples of such EM sources are power lines, household appliances, power tools, entertainment electronics, and many other different kinds of electrical equipment. The results revealed that among the participants with bipolar sensing leads, 71.9% had sensing failures at maximum sensitivity, and 36% had sensing failures at nominal sensitivity settings. All five patients with unipolar lead pacemakers showed signs of interference.

“To protect patients from electromagnetic interference, adjusting pacemaker settings to a lower sensitivity, bipolar sensing, and keeping at a distance from electromagnetic field sources are effective measures; the field strength decreases at least by half if the distance is doubled,” concluded lead author Andreas Napp, MD, and colleagues. “Among the electromagnetic interference effects, ventricular over-sensing is the clinically most relevant problem, which may cause asystole in the case of pacing inhibition with symptoms such as palpitations, dizziness, or syncope in pacemaker-dependent patients.”

EM fields consists of emitted waves with synchronized oscillations of electric and magnetic fields, which are perpendicular to each other and perpendicular to the direction of energy and wave propagation, thus forming a transverse wave. The EM spectrum includes--in order of increasing frequency and decreasing wavelength--radio waves, microwaves, infrared (IR) radiation, visible light, ultraviolet (UV) radiation, X-rays, and gamma rays.