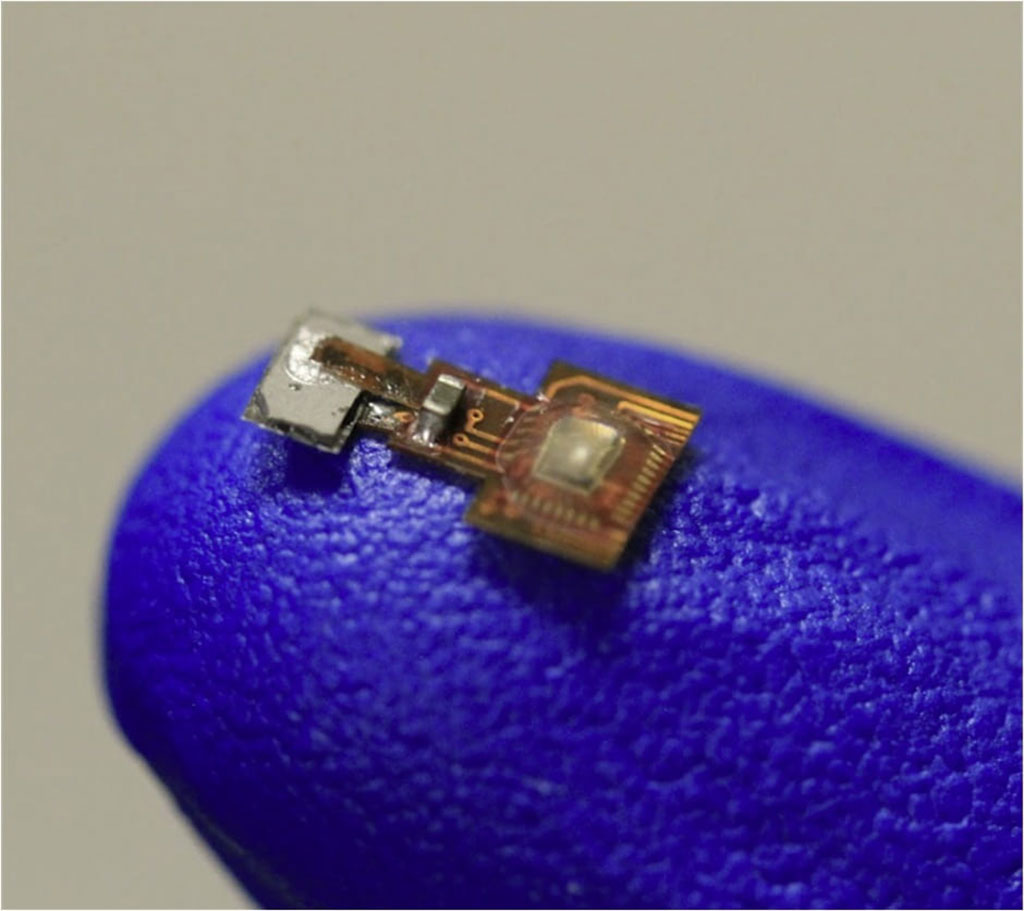 Developed at Rice University (Rice, Houston, TX, USA), the magnetoelectric neural implant (MagNI) microsystem incorporates transducers that ride on a flexible polyimide substrate with only three components: a 2-by-4-millimeter magnetoelectric film that converts the magnetic field to an electric field, a complementary metal-oxide semiconductor (CMOS) chip, and a capacitor to temporarily store energy from an alternating magnetic field outside the body. MagNI is calibration free and robust, and does not require any internal voltage or timing reference. An example of such an embedded device could be a spinal cord-stimulating (SCS) unit with a battery-powered magnetic transmitter on a wearable belt.

According to the developers, MagNI has clear advantages over current stimulation methods, including ultrasound, electromagnetic radiation, inductive coupling and optical technologies. For one, tissues do not absorb magnetic fields as they do during electromagnetic and optical radiation or inductive coupling signals, and thus MagNI does not heat up tissues. And while ultrasound does not have heating issues, the waves are reflected at interfaces between different mediums, such as hair, skin, or bones. The system was presented at the annual International Solid-State Circuits Conference (ISSCC) held during February 2020 in San Francisco (CA, USA).

“This is the first demonstration that you can use a magnetic field to power an implant, and also to program the implant,” said device co-developer and presenter Kaiyuan Yang, PhD, an assistant professor of electrical and computer engineering at Rice. “By integrating magnetoelectric transducers with CMOS technologies, we provide a bioelectronic platform for many applications. CMOS is powerful, efficient and cheap for sensing and signal processing tasks.”

CMOS chips are more known for their use as image sensors. But it can also be used as a magnetic label detector, by identifying the magnetic relaxation signature of microbead labels. This is achieved by measuring the production of a voltage difference (the Hall voltage) across an electrical conductor, which is transverse to an electric current in the conductor and to an applied magnetic field perpendicular to the current.